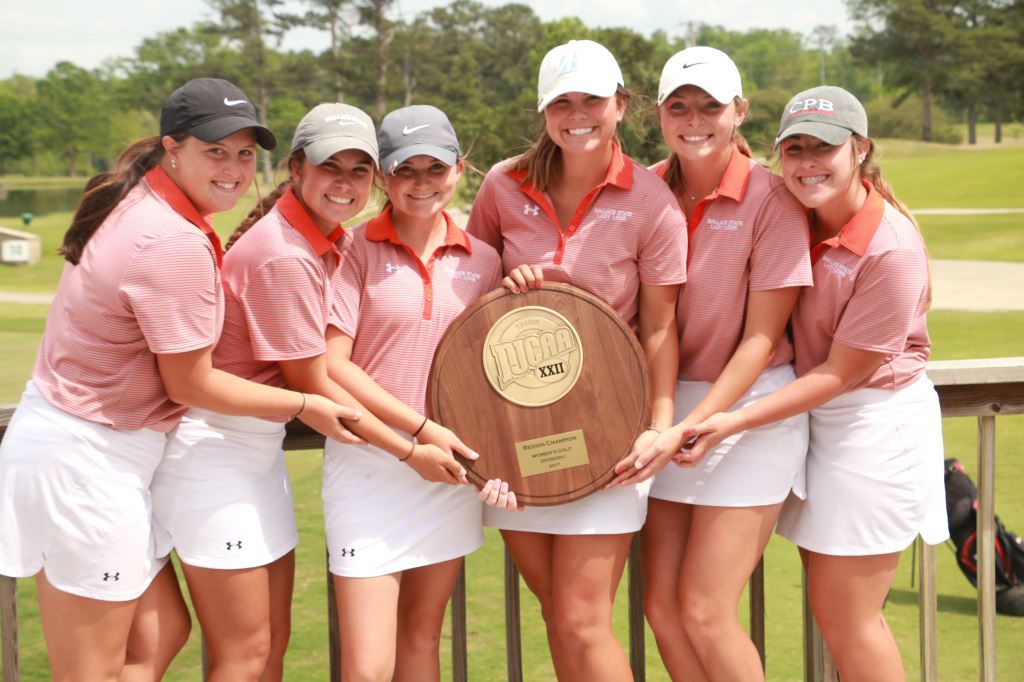 The Lady Lions built a seven-shot lead over Snead State during Monday’s opening round and won the two-day event by 15 strokes.

Wallace State freshman Annalee Stephens was the tournament low medalist, carding a 14-over par 158, to earn her first collegiate individual title. The Walker High graduate opened the tournament with an 81 on Monday and shot a 5-over 77 on Tuesday.

“Coach (Dan) York stopped me after the front nine today and challenged me to par the back nine. I almost accomplished it. I bogeyed the last hole, but he definitely a lit a fire under me,” Stephens said on Tuesday. “It means a lot to be the first team to win this tournament. We’ve improved greatly since the beginning of the season and have been striving for something like this to happen. We’re beyond excited.”

Wallace State sophomore Ashley McCormick and freshman Bradi Ruehl also made the All-Tournament team, each finishing with a 170 for the event.

McCormick opened Monday’s round with a 91 and nearly matched Stephens on Tuesday by shooting a 79.

Ruehl, a Cullman graduate, shot an 80 during the opening 18 holes and a 90 on Tuesday

“Every player contributed greatly to the win. It’s very important and special for us to win the first ACCC tournament. These girls have worked hard and were determined to close the deal today. We had some adversity on the front nine, but played well on the back nine. I’m extremely proud of them,” said Wallace State golf coach Dan York, who was named the 2017 ACCC Women’s Coach of the Year. “Our women wanted this championship and deservedly so. They are great competitors.”

Snead State’s Jordan Gregoria was the individual runner-up, finishing one shot behind Stephens. Brooke Harmon was also an All-Tournament selection for the Lady Parsons.

Wallace State’s postseason continues on May 15-18 at the NJCAA Division I Women’s Championship in Duluth, Ga.

The Lady Lions finished 12th in the nation last season at the women’s championship.

“We’ve taken baby steps since we first began this program and learned how to crawl last season. We are walking proud right now and look forward to representing Wallace State very well in Georgia,” York said.