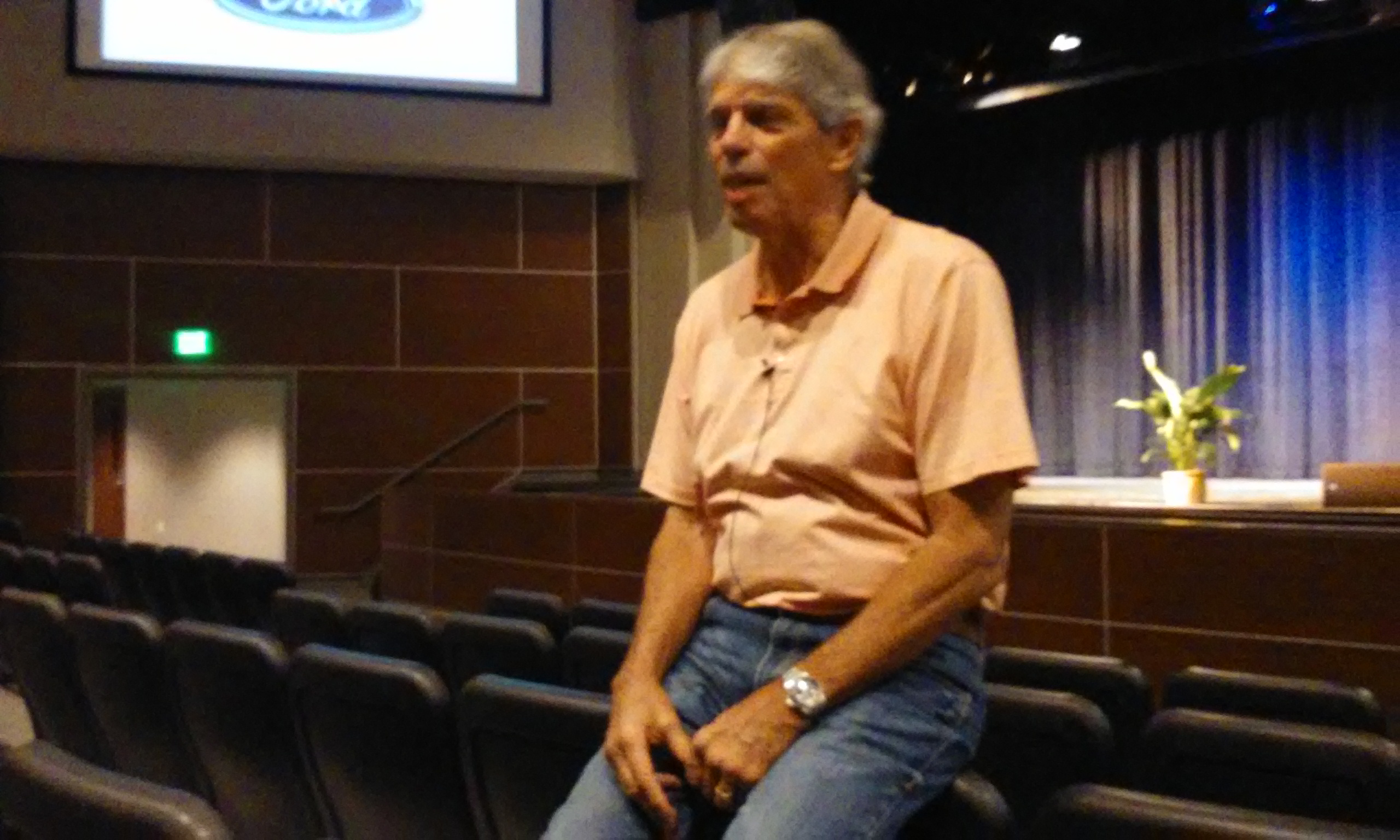 CULLMAN –  There was a star in the house at the Cullman High School auditorium Saturday night. It was none other than former Alabama star player John Croyle, who won a national championship with the Crimson Tide under coach Paul "Bear" Bryant, and is the founder of Big Oak Ranch, which “exists to meet the needs of abused, neglected and abandoned children by giving them a solid, Christian home and a chance to realize and fulfill God’s plan for their lives.”

Croyle and his wife Teresa raised their daughter, Reagan, and son, Brodie (a former Alabama quarterback) at the ranch, which was founded in 1974 as a home for boys and has spread to three branches, with the additions of a girls' ranch and a Christian school.

Croyle was a star defensive tackle for Alabama in the 70s, winning second team All-SEC honors in 1972, and won the "Jerry Duncan-I Like to Practice Award" in 1973. At the end of his collegiate career, he met with Bryant and talked about either playing in the NFL or helping out boys in desperate circumstances. He decided to forego playing in the pros and started work on what would become the Big Oak Ranch for Boys. He received a $5,000 check from the Alabama Alumni Association to go toward his dream, which was followed by a $15,000 donation from a Birmingham businessman, but Croyle still needed a ton of help. Then, another former Alabama player, and first round draft pick of the New England Patriots, John Hannah, stepped up big-time, pledging his $30,000 signing bonus to the ranch, which opened its doors to four boys.

Since then, several new houses designed to be homes to eight boys and house parents have been constructed with the first new structure named the John Hannah House. The Paul Bryant House, the Gaylon McCollough House and the Ray Perkins home are among the other homes honoring ranch supporters.

Croyle shared some stories about his and his family's experiences taking care of abused and neglected children. The audience was visibly touched and moved by the things Croyle shared. One boy lived in a Goodwill box when he was 5 until he was 8, when he went to live with the Big Oak Ranch, and he has lived there now for almost five years. Croyle also shared some funny stories, along with some faith-based advice for some members of the audience.

Croyle shared four things he always tells new kids at the ranch: I love you. I will never lie to you. I will stick with you until you are grown. There's boundaries; don't cross them.

After he thanked everyone for coming, Croyle mingled, shook hands, told some more stories, signed some Alabama memorabilia and took some pictures with members of the audience.

Find out more about Big Oak Ranch at http://bigoak.org.