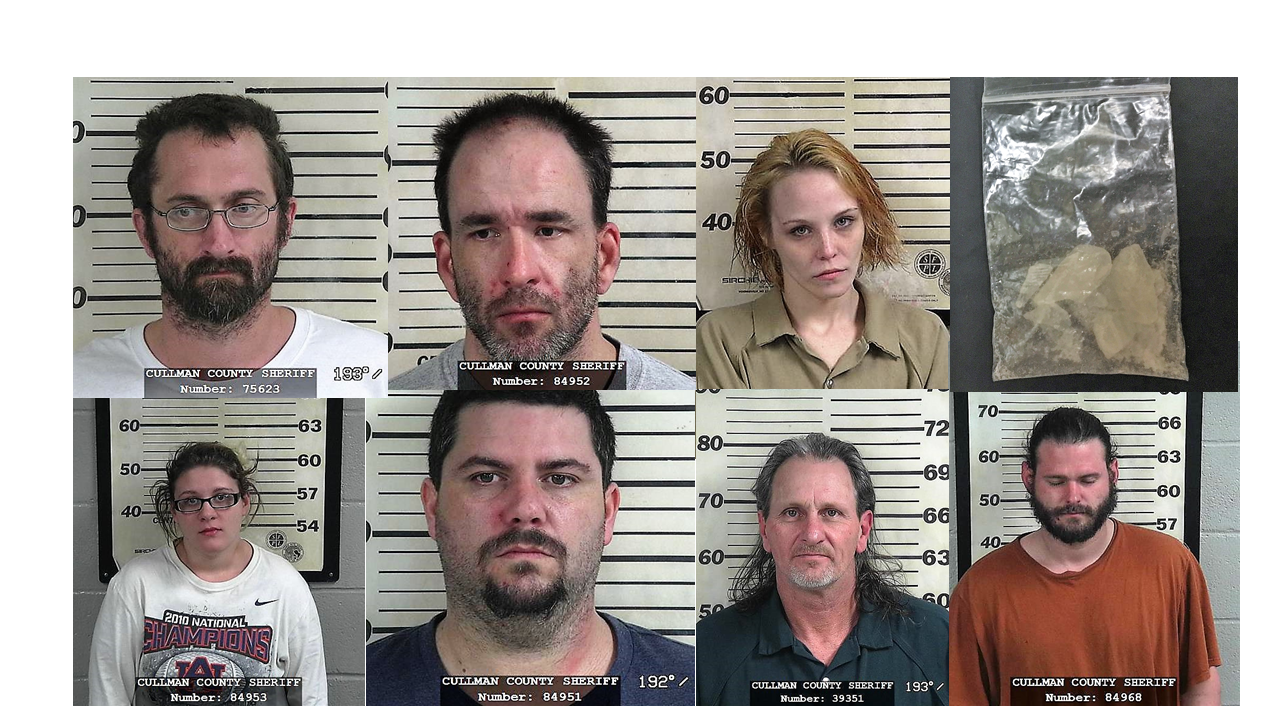 The Cullman Narcotics Enforcement Team (CNET) executed a search warrant on County Road 1836 in the New Canaan community, leading to the arrest of five suspects.  While inside the residence, CNET and Cullman County Sheriff’s Office (CCSO) deputies located multiple suspects as well as 6 grams of methamphetamine, 20 Valium pills, marijuana, a 9mm pistol and drug paraphernalia.

Arrested for two counts of unlawful possession of a controlled substance were:

In a separate incident, CCSO deputies discovered a meth lab in a vehicle. The meth lab was discovered when a deputy responded to a call from a local business in the West Point area and discovered a man sleeping in his car. After repeated attempts to wake the suspect, he woke up and exited the vehicle. A search of the suspect’s vehicle yielded the meth lab, hypodermic needles and other drug paraphernalia.

Corey Clifford Lindsey, 28, of Cullman, was arrested for unlawful manufacturing of a controlled substance, public intoxication and unlawful possession of drug paraphernalia. He is being held in the Cullman County Detention Center on a $1 million bond.

In the last incident, deputies responded to a suspicious car that had been parked near Exit 291 on I-65. When deputies approached the car, the driver attempted to drive away, and deputies conducted a traffic stop. Before the suspect came to a complete stop on the I-65 exit ramp, deputies witnessed something being thrown from the vehicle. Deputies recovered the item, which was later identified as ICE, a purer form of meth.

In total, the CCSO seized more than 10 grams in meth, a meth lab, 20 Valium pills, a SCCY CPX-2 9mm pistol, marijuana and other drug paraphernalia.

“This was a good weekend for the Cullman County Sheriff’s Office. We were able to get a meth lab and meth out of our community and also stopped a suspect from bringing ICE from the Birmingham area to Cullman as well,” said Sheriff Matt Gentry. “I would also like to thank the CNET agents and the deputies for the great job they did this busy weekend.”