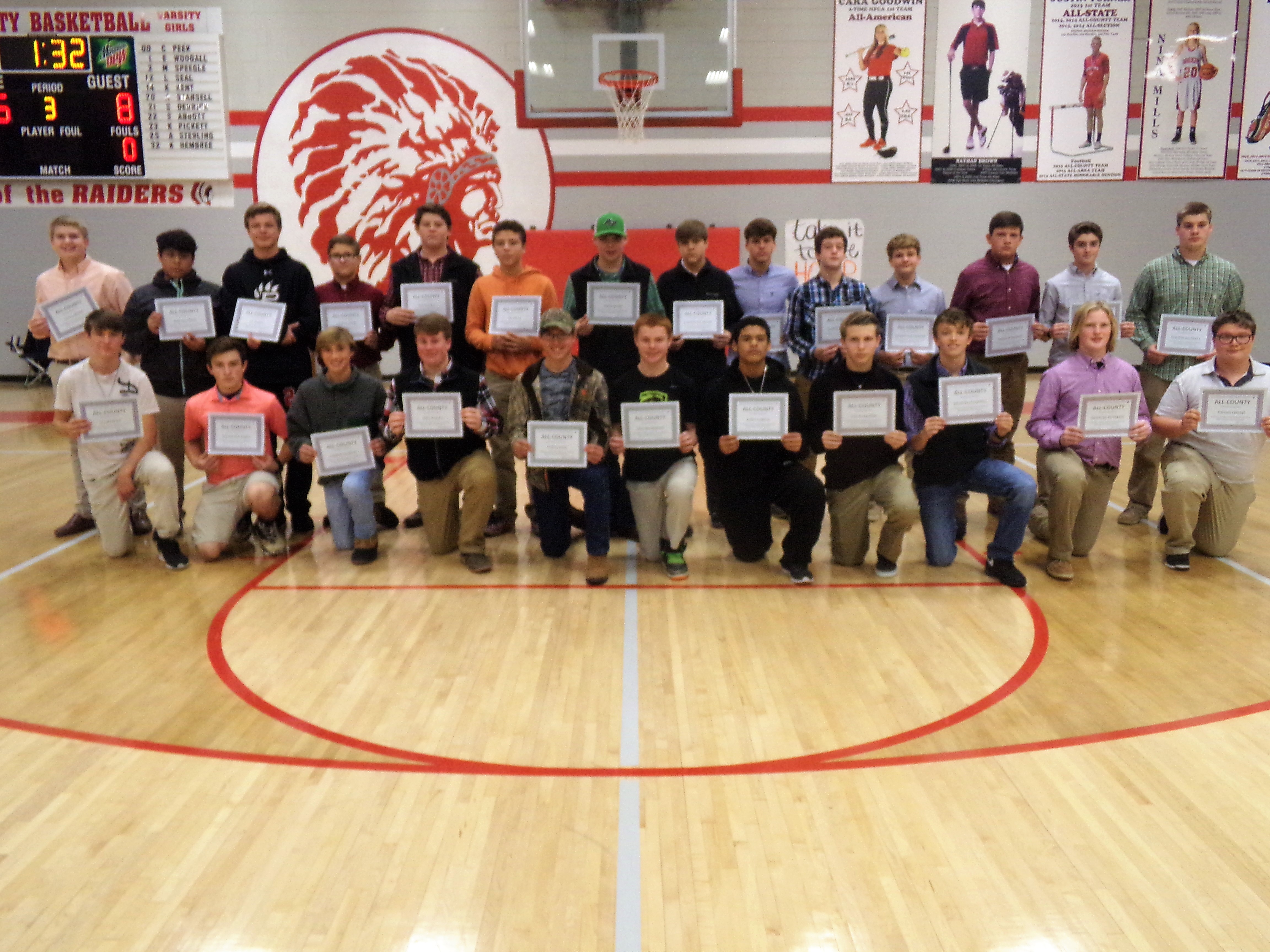 The coaches' All-County team was announced at halftime of the middle school girls’ basketball semifinal between West Point and Good Hope.

Good Hope Middle School coach Tyler Hudson presented the certificates to the players, who were selected based on their performance from late August until mid-October.

Good Hope had the most players selected, with eight; the Raiders won their fourth middle school championship in the last five years this season. Good Hope has won 35 of its last 36 games, with the only loss, to Vinemont, in the 2015 championship.

The Raiders were 7-0 in 2016, defeating Hanceville in the title game on Oct. 17 at James Shabel Stadium.