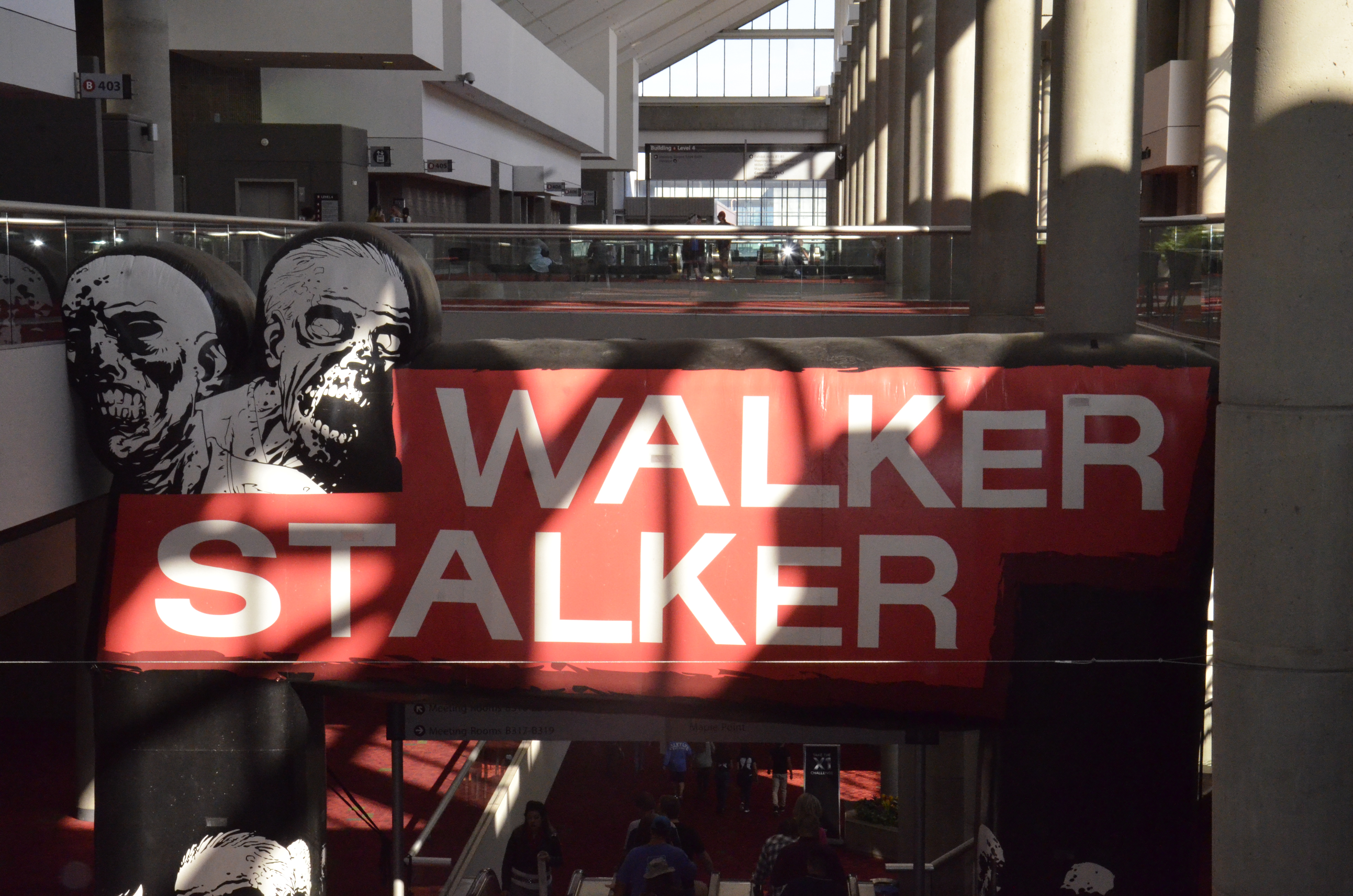 ATLANTA – ‘For fans, by fans.’ This is the motto of Walker Stalker Con. This Sunday I had a chance to experience what this meant as both working media and as a fan, and let me tell you, the motto could not have rung truer.

The wildly popular AMC show “The Walking Dead” has taken the country by storm, averaging 9.6 million viewers since the show first aired on Halloween 2010. Since then the show’s following has grown exponentially and the fans of the show needed a place to get together where they could hang out with like-minded people, dress up like their favorite character (or zombie) and maybe, just maybe, get to meet their favorite cast member…and thus Walker Stalker Con was born.

Thousands upon thousands of fans descended on the Georgia World Congress Center in Atlanta Friday, Saturday and Sunday for three days full of Walking Dead-themed fun. The large exhibit hall was full of vendors selling all kinds of merchandise. From T-shirts to artistic renderings of cast members to posters (of which I bought a few), anything you could want Walking Dead was to be had.

Along with the plethora of vendors, throughout the weekend there were numerous activities to keep even the most energetic zombie content.  The annual event kicked off on Friday and included a special CD release party from Jordan Woods-Robinson (who played Eric on the show), entitled “Anthem” and, according to the Walker Stalker Con official page, was completely crowdfunded by people Woods-Robinson had met at previous Walker Stalker Cons.

Saturday featured the Halloween House of Payne hosted by Tom Payne, who plays Paul “Jesus” Monroe. An event that was open to both attendees and non-attendees of the main convention, the huge Halloween party was complete with music, cash bar and a costume contest that provided cosplayers with a chance to show off the costumes they painstakingly recreated from The Walking Dead and other areas of pop culture.

Another attraction that is unique to Walker Stalker Con is The Walking Dead Experience; it puts you right in the middle of the first night of the zombie apocalypse. As you are sent on a 30-minute thrill ride through the outskirts of a small town on the night the outbreak started, you get to feel what it is like trying to survive in the world of “The Walking Dead.”

With so many attractions, activities and vendors, it is no wonder that fans flock to Walker Stalker Con. But I can’t help but feel I am forgetting something about the weekend…oh yeah, MEETING THE CAST MEMBERS!

The highlight of the weekend for most Walker Stalker Con attendees was the chance to meet their favorite cast members from the show. From main characters Andrew Lincoln (Rick), Jeffery Dean Morgan (Negan), Norman Reedus (Daryl) and Chandler Riggs (Carl) to past cast members such as Michael Rooker (Merle), recently “departed” Steven Yeun (Glenn) and IronE Singleton (T-Dogg), fans got to be up close and personal with the characters that they watch each and every Sunday.

Many conventions will treat you like a number and herd you through the autograph lines with little to no interaction with the celebrity you just paid your hard-earned money to meet, but this is not the case at Walker Stalker Con. Each guest made you feel like you were appreciated and that they truly enjoyed meeting you. Some even went above and beyond like Chandler Riggs. As one guest was getting her photo signed, she asked Chandler Riggs if he would say hi to her child, who was unable to attend. He happily obliged and took the phone and chatted with the lucky fan.

These are the types of things that happen when you have a convention made ‘for fans, by fans.’ If you are a fan of “The Walking Dead,” either a casual watcher or a hardcore viewer, you owe it to yourself to attend Walker Stalker Con and have the Walking Dead experience of a lifetime. You will be glad you did!