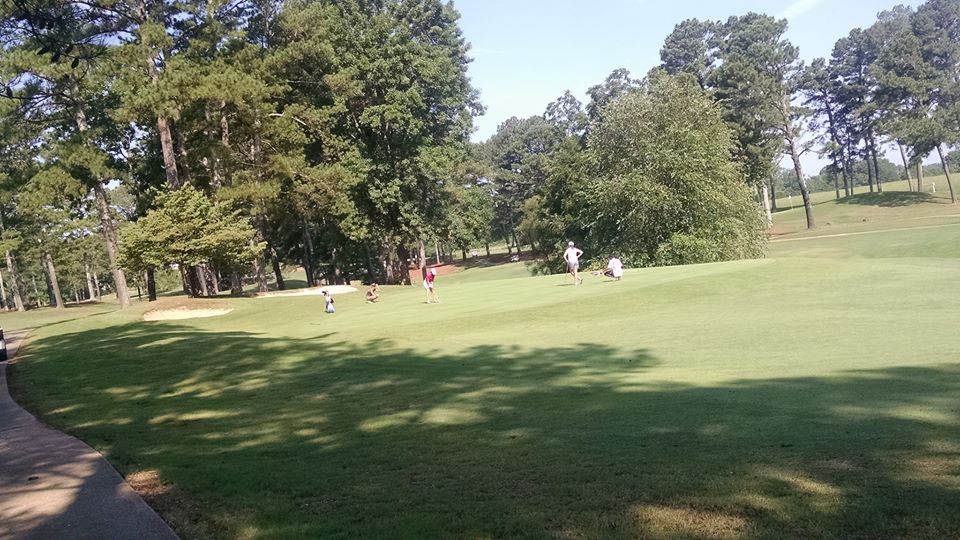 Twenty-nine were involved in the championship flight. When it came to a close at 1:50 p.m. Friday, Huntsville resident Michaela Morard fought off a gallant challenge by Cammie Gray of Northport to take home the championship trophy.

Morard's three-day score of 54 holes was 216, one-under par for the tournament.

Gray was three shots back at 218 with Michaela Williams and Ally Williams, both from Athens, in third and fourth place at 220 and 225.

Spanish Fort's Elaine Wood, the defending champion, earned a fifth place finish with a 227 and Hartselle golfer Arin Eddy a 229 for sixth best in the field.

Morard and Gray were tied following the first round with an even par 72. Gray jumped ahead of Morard during Thursday's round, going 2-under for the day and taking a one-shot advantage into the final round.

Gray's 70 was the best round by all participants in the championship flight. But on Friday, the course became a challenge with Gray shooting four over and losing the lead to Morard who stayed even through the humid conditions.

Morard is being recruited by the University of Alabama while Gray is a member of the Crimson Tide's squad.

In the first flight, Ann Lanier from Fairhope shot even in the final round to protect her lead and finish four strokes ahead of runner-up Hanna Dyar from Anniston. Lanier's three-day score was 236 with Dyar carding a tournament score of 240.

Melanie Smith of Hoover finished third with a 254.

The second flight title went to Tuscaloosa's Jessie Hsia. Hsia led from the beginning and would end the tournament at 267, seven shots better than Keri Rutledge from Birmingham with a 274. Shea Johnson of Guntersville and Linda Burns of Decatur tied for third at 284.

Six competed in the third division flight. Leslie James of Decatur outlasted Meleah Durham of Pelham 291 to 295 with Janet Haines of Birmingham coming in third by a score of 299.

Terri Pines Golf Director John Hunt was extremely pleased having the AGA Tournament come to Cullman, with many playing at the country club for the first time.