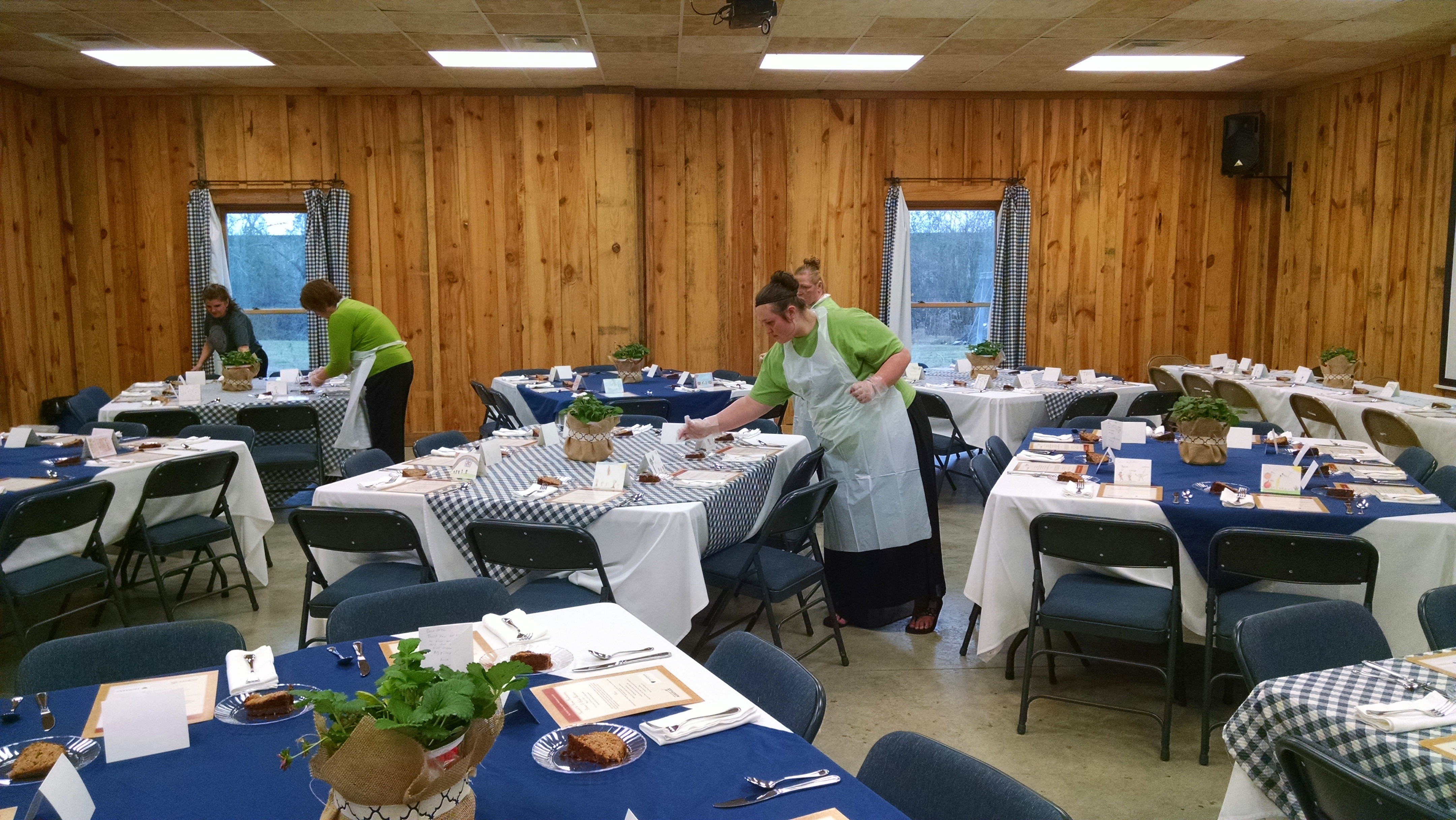 Photo: Volunteers prepare for last year’s Harvest to Home fundraiser at the Agriplex.

The event will be held at the Heritage Center at 1714 Tally Ho St., in the Poultry and Egg Association Pavilion.

The goal of the event is two-fold, according to Rachel Dawsey, director of the Agriplex.

“We want to show people in the community that you can get all your groceries locally and from local sources,” Dawsey said. “This is really the goal of the Agriplex altogether, to preserve agriculture history with local food at the dinner table.”

Dawsey and the Agriplex want to emphasize to all Cullman citizens that they can utilize local farmers’ produce because it is available at farmer’s markets throughout the county.

“Local food really is healthier for you,” Dawsey said.

The other purpose for the fundraising event is to promote the events and programs at the Agriplex.

“Many people say, ‘we didn’t even know about y’all,’ or ‘we didn’t know that event was going on.’ Well,” Dawsey said, “this is for them.”

The event will get started around 6 p.m. according to Dawsey. Between 6-6:30 p.m., those in attendance will compete in a silent auction. At 6:30 dinner will be served and will feature all local produce, such as strawberries and sweet potatoes.

After the dinner, and during desert, guests will get one final chance to bid on items at the silent auction.

Results are set to be announced around 8 p.m.

Those who would like to donate toward promoting local produce and the Agriplex can do so year-round at www.Agriplex.org.