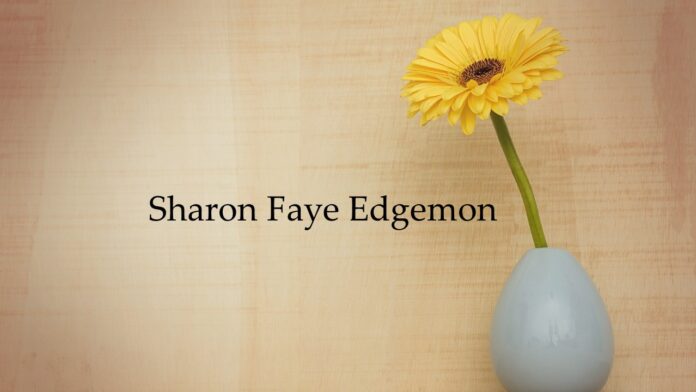 Sharon Faye Edgemon, age 78, passed away Wednesday evening Aug. 31, 2022, at Atlanta Medical Center. She was born in Holly Pond, AL on Thursday, Dec. 23, 1943, to the late Jack Huffman & Mamie Wisener Huffman. She is the widow of John Ed Edgemon, Jr., who passed away in January of 1995. Sharon retired as a customer service agent with USF Dugan and was a member of Abundant Life Church.

A Funeral Service for Sharon Faye Edgemon will be held in the Chapel of Haisten Funeral Home on Saturday, Sept. 3, 2022, at 11 a.m. Pastor Jason Branson will officiate. Burial will be in the Holly Pond Cemetery in Holly Pond, AL at 4 p.m. (central time), The family will receive friends Friday evening, Sept. 2, 2022, from 6 – 9 p.m. at the Funeral Home.

Haisten Funeral Home of Jackson is serving the Edgemon Family.