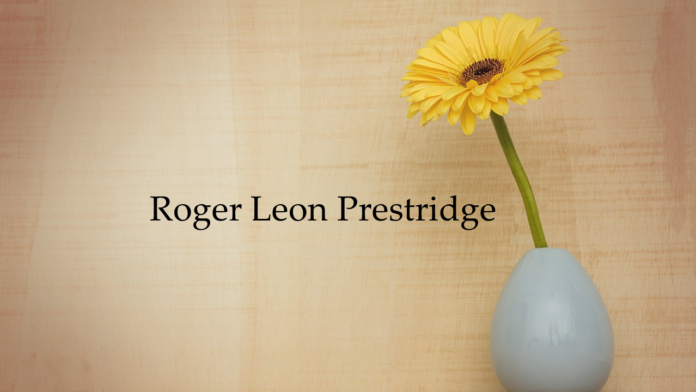 Roger Leon Prestridge, 77 of Haleyville, entered into rest on Sunday, May 15, 2022 in Florence, Alabama.

Roger was born on December 25, 1944 in Marion County, Alabama, to Vernice and Rachel Prestridge.

The family will hold a memorial service at a later date.

He was preceded in death by his parents; brother, Randall Prestridge; and sister, Gin Reeves.