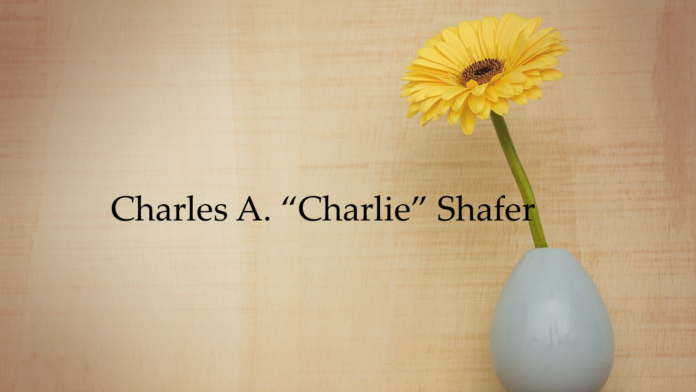 Funeral service for Charles A. ‘Charlie’ Shafer, 88, of Cullman will be at 2:00 p.m., Wednesday, May 18, 2022 at St. John’s Evangelical Protestant Church, with Rev. Dr. John Richter officiating and interment in Cullman City Cemetery with military honors. The family will receive friends at the church on Wednesday from 12:00 p.m. – 2:00 p.m.

Cullman Funeral Home is honored to serve the Shafer family.

Mr. Shafer passed away Thursday, May 12, 2022 at his residence. He was born November 27, 1933 in Cullman. He attended Cullman High School and graduated in 1952. He served in Korea in the US Navy and became an Alabama State Trooper in 1958.  He earned the degree of Bachelor of Science from Athens State College in November 1977. He retired in 1984.

He was preceded in death by his parents: Troy and Ada Shafer; his brother: Kenneth Shafer and sister: Doris Morgan.

Survivors include his wife of 70 years: Clarice Shafer; a son: Chuck Shafer; grandchildren: Farabee Rose Shafer and Charles Casper Shafer, II and a host of family and friends.