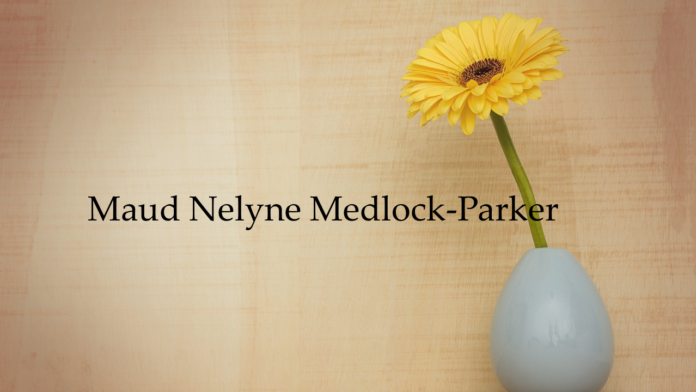 A graveside service for Maud Nelyne Medlock-Parker of Falkville, Alabama will be 11:00 a.m. Friday, January 28 at Hopewell Cemetery in Hanceville. Reverend Jason Murphree will be officiating. Hanceville Funeral Home is in charge of arrangements.

Mrs. Parker was born on September 15, 1918 to John W. and Cuba (Harris) Manning in Cullman, Alabama. She died at the age of 103 on January 23 at Country Living Assisted Living in Falkville, Alabama.