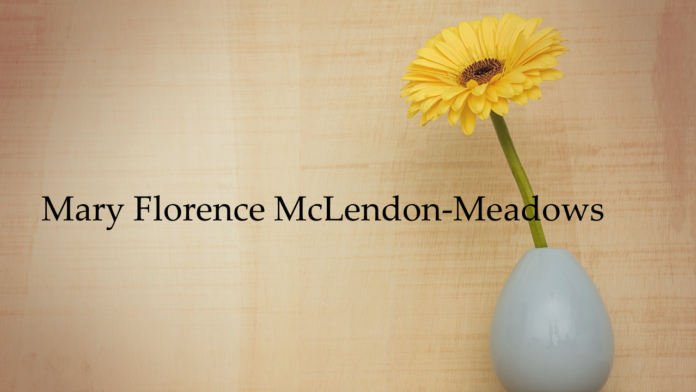 Mary Florence McLendon-Meadows, 77, of Jones Chapel, passed from this life on October 16, 2021 at her residence.

A memorial service will be planned and announced by the family. Mrs. Meadows was born February 29, 1944 to Oliver Eugene and Florence Compton McLendon.

Cullman Funeral Home is honored to serve the Meadows family.

Mrs. Meadows was preceded in death by her parents; her husband: SFC. Harold Douglas Meadows Sr. and her daughter: Victoria Leigh Meadows.