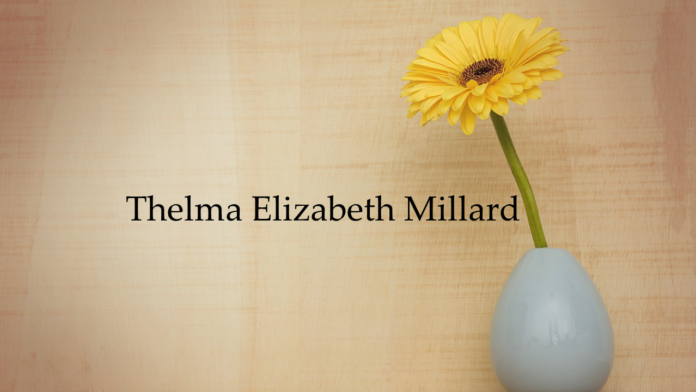 Thelma Elizabeth Millard, 96, of Addison, formerly of Clinton, Iowa, entered into rest on Monday, September 20, 2021 at her home surrounded by her loving family.

No services are planned at this time.

She was preceded in death by her husband: Dorsey; sons: Jim and David; brother: Merlin; sisters: Esther and Estella; grandson: Dale and granddaughter: Teresa.