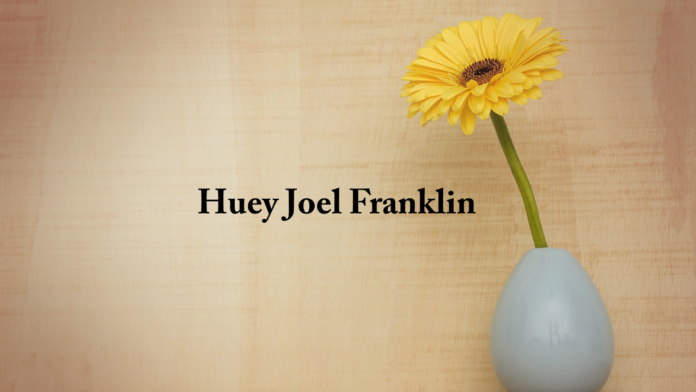 Huey Joel Franklin, 84, of Cleveland, formerly of Cullman, passed away April 13, 2020 at Diversicare of Oneonta.

He was a member of Pine Grove Baptist Church, served in the United States Air Force, retired from Gold Kist in 2000 and he loved to fish and travel.

Preceding him in death were his daughter Alisa Franklin; sister Estene Lewis and parents Ollie and Flora Massey Franklin.

The family has chosen a cremation at this time. A private family service of remembrance will be held a later date and time from the Boldo Cemetery in Jasper, Alabama.