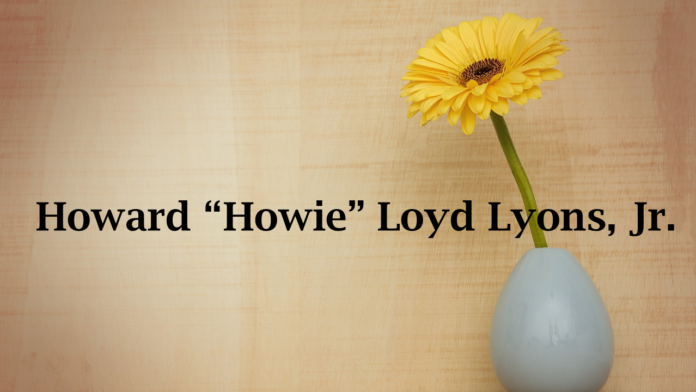 He earned his bachelor’s degree in 1968 from the University of North Alabama where he later went on in 1972 to earn his master’s. Mr. Lyons devoted his life to education. He proudly served the Haleyville City School System from 1968-1996 in various capacities such as teacher, coach, special education coordinator, vice principal, and principal at Haleyville Elementary School.

Howie was a member of First Baptist Church of Haleyville, where he served as a deacon, children’s minister, and served in the senior adult’s ministry. Howie was also known as a talented guitarist, and shared his gift with numerous students.

Visitation will be held Saturday, Nov. 16, 2019 at the First Baptist Church of Haleyville from noon-2 p.m. where the service will begin at 2 p.m. Rev. Nathan Carroll and Rev. Kerry Cleghorn will officiate. Burial will be at Liberty Cemetery in the Helicon Community.