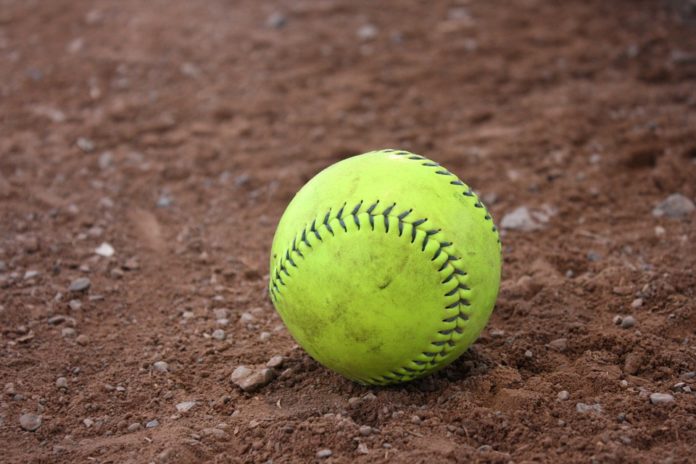 FLORENCE, Ala. – After waiting through hours of rain delays on Thursday, day one of this year’s AHSAA Regional softball tournaments is in the books. Four local teams were in action for Regionals yesterday, two of which were in the North Regional at Florence’s Coffee O’Neal Park and two in the West Central Regional in Tuscaloosa

The Holly Pond Lady Broncos’ season came to an end earlier in the evening after falling to Lexington and East Lawrence, Cullman split its Thursday matchups against Athens and Albertville, Meek defeated Marion County and Good Hope knocked off Handley in round one but couldn’t complete their second game of the night against Hokes Bluff. The Lady Raiders will continue playing Friday morning at 9:00.

Holly Pond took on Lexington to start out its North Regional tournament in Florence. The Lady Golden Bears, though, proved to be too much for the Lady Broncos at the end, putting up seven runs in the second and three more in the sixth to take the game, 10-0. Madyson Rickman collected the only hit of the contest for Holly Pond.

The Lady Broncos looked to keep their season alive in their loser’s bracket game against East Lawrence, but the Lady Eagles held them to just four hits in the contest and Holly Pond wound up falling, 9-0, to end their season with a 9-16 record.

Ciera James collected two hits for the Lady Broncos, while Taylor Simmons and Rickman each added a hit in the game. Alexys Smith, Emili Perry, and Madison Heatherly will graduate in May for Holly Pond, but they’ll still have some great young talent coming back and will look to make another great run next season.

Good Hope took on Handley in their West Central Regional contest at Tuscaloosa. The Lady Raiders trailed 2-1 after one, but they exploded for six runs in the third inning and four combined runs in the next three innings after that as they went on to take the game 11-6 moving on to the next round.

Cullman faced off against Athens in their North Regional contest in Florence as they looked to move on to the next round. The Lady Bearcats took a 1-0 lead in the fourth inning as Olivia Hudson scored on an error, but the Lady Golden Eagles put up six runs in the bottom of the sixth. That ended up being the difference in the game as Cullman wound up falling 6-1.

Savannah Davis and Alex Stansell each collected two hits for the Lady Bearcats, while Mckenna Kline, Ashlen Heatherly and Taylor Au each added a hit of their own.

Cullman’s season was on the line in their loser’s bracket game against Albertville. The Lady Bearcats jumped out to a 5-0 lead after three innings, but the Lady Aggies put up three runs in the fourth and one in the fifth to make it 5-4. Albertville then tied it up at five in the top of the seventh, but Cullman’s Mckenna Kline started out their half with a double. After Faith Guest moved her to third on a groundout, Savannah Davis hit a game-winning RBI single to help lead the Lady Bearcats to a 6-5 victory over the Lady Aggies and keep their season alive.

Meek faced off against Marion County in their West Central Regional game at Tuscaloosa. After putting up one run in their opening at-bats, the Lady Tigers added four more in the third to take a 5-4 lead. They pushed it to 8-4 with two runs in the fifth and one more in the sixth and had to survive a late rally by Marion County to take the game 8-6 as they advanced to the next round.