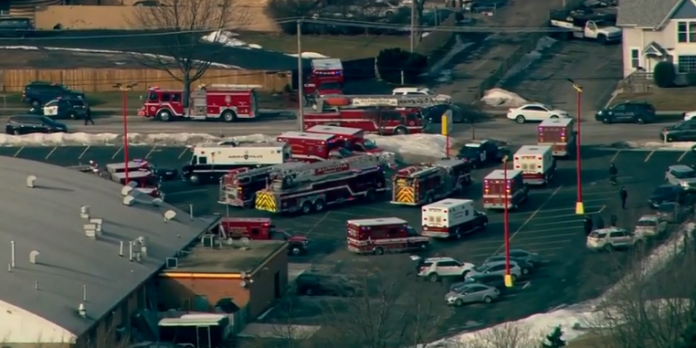 CULLMAN, Ala. – Family and friends have confirmed that Holly Pond native Josh Pinkard was one of five victims in Friday's workplace shooting at the Henry Pratt Company, located west of Chicago. Pinkard's death was confirmed by multiple sources Friday night.

The Aurora Police Department said another press conference will be held at 10 a.m. Saturday, Feb. 16.

Friend Jason Simpson posted on social media Friday night: "Rest in peace, Josh. I vividly remember the day you gave your life to Christ; now you're with Him. Even though it had been a long time since I'd seen you, I always knew I had a friend in you. Pray for Josh's family; they're hurting badly."

Aurora Police Chief Kristen Ziman said in a press conference Friday evening that five people died in the shooting, according to WVTM 13, which also reported that officers killed the suspect at the scene. He was identified as Gary Martin, 45.

According to WGN TV in Chicago, six people were wounded, five of them police officers. "It all started about 1:24 p.m. Friday when police received multiple 911 calls from inside the Henry Pratt building, officials said. Four officers arrived on the scene at 1:28 p.m. and were immediately fired upon; two were shot. The additional three officers shot were part of the next wave of first responders."

Check back for more.