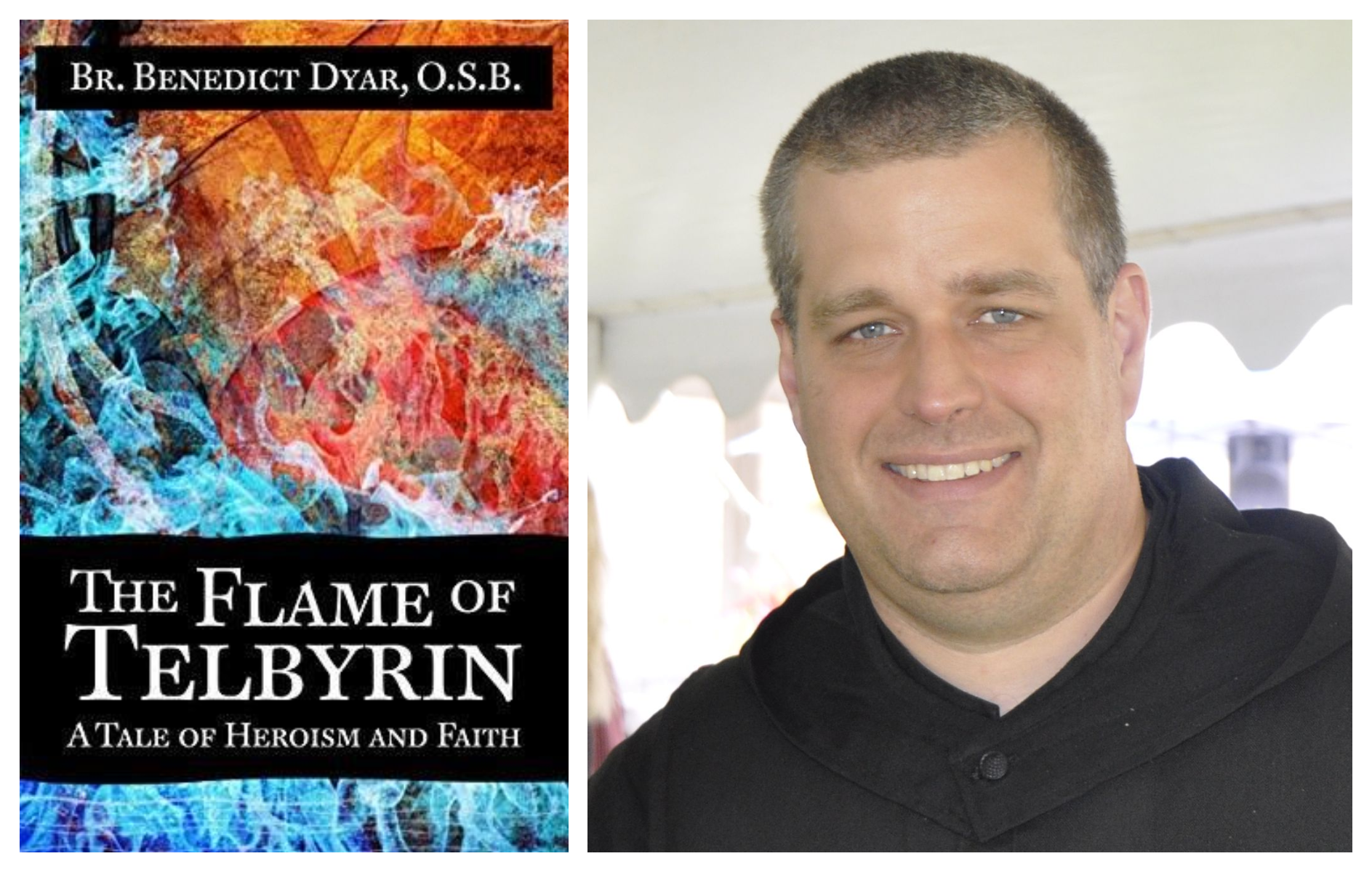 CULLMAN – Mornings at St. Bernard Abbey are filled with early morning prayers, breakfast and monastic chores.  For one Benedictine monk his chores are off to the kitchen to get started with the daily batch of fresh baked monk bread.  However, in the midst of all the mixing, kneading and baking, he has conjured up a thrilling fantasy story in his newly released e-book “The Flame of Telbyrin.”

“The Flame of Telbyrin” is filled with adventure, mystery, heroism, suspense, romance, and most of all faith.  Benedictine monk, Br. Benedict Dyar, OSB has penned his heart and imagination into a story to be enjoyed by teens and adults in his first published novel.

“It’s been a two-year process of writing, editing and re-writing,” Br. Benedict said. “The writing of the book was enjoyable as the scenes just seemed to play out in my mind.” However, Brother is quick to point out publishing has been a series of edits upon edits and has occupied the last year of his time.

In his book the eternal flame of Telbyrin has existed since the foundation of the world.  All the peoples of Telbyrin venerate it as the sign of all creation’s prayers that rise to the Creator.  All except the dreaded Meldron, a race hidden deep within the Mountains of Black with a supposed secret knowledge of dread power.  Readers will enter into the world of two young married Elves who live peacefully on a cattle farm; one a humble farm girl and another a warrior of great renown.  On the way to their annual pilgrimage to the Flame in the Holy City of Al-Nartha, they discover that the Flame is going out.  Suddenly these two Elves get caught up in an adventure of why the Flame is going out and in the process learn who or what may be behind it.

The book is now available on e-books at www.Amazon.com.  Printed copies will be available soon.

Br. Benedict Dyar is from Opelika, Alabama.  He joined the monastery at St. Bernard Abbey 10 years ago and holds a B.S. in History from Athens State University.