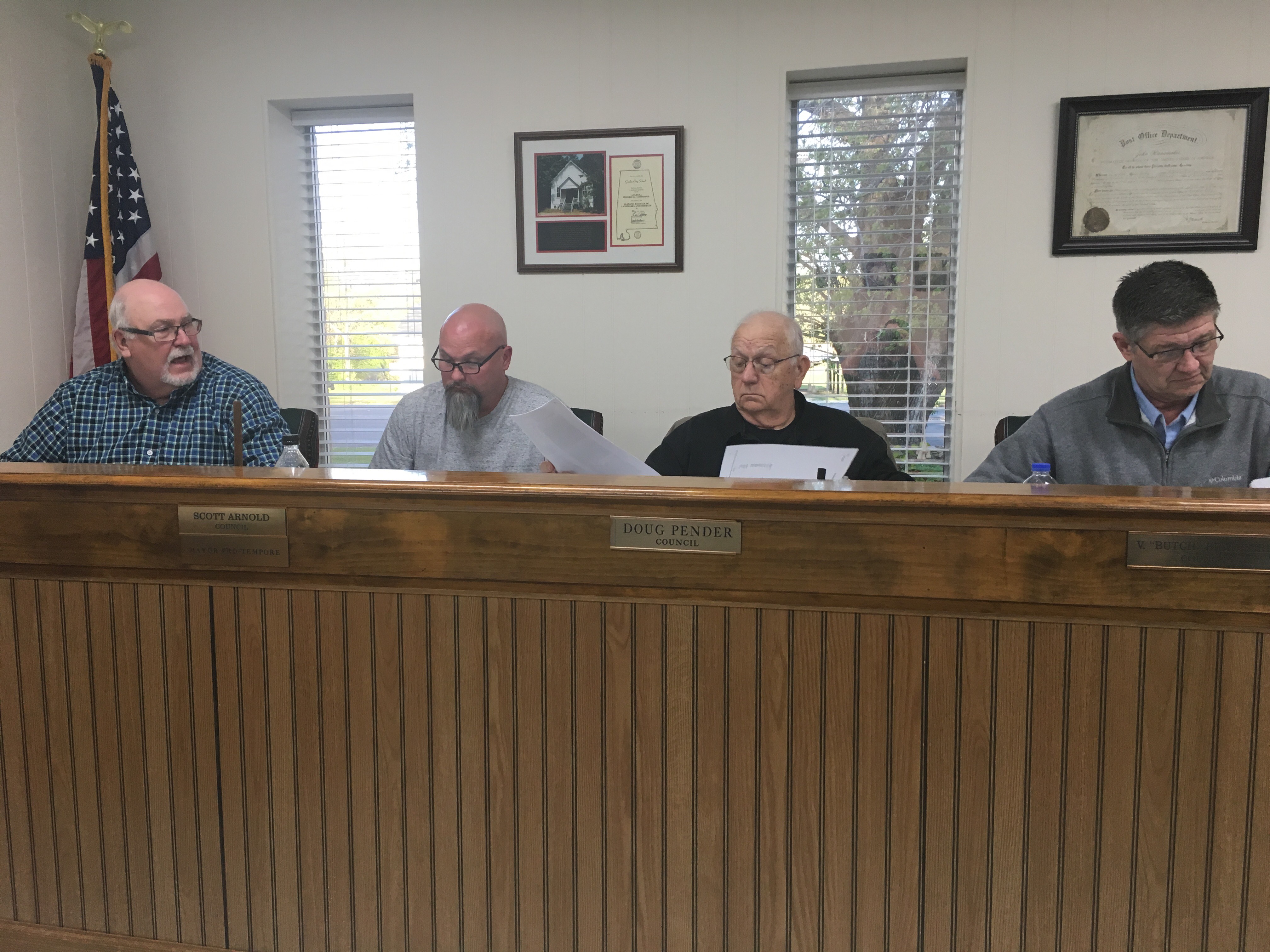 The Garden City Town Council meets on the third Monday of each month. (Nick Griffin for The Tribune)

GARDEN CITY – The Garden City Town Council issued citations to a pair of local businesses Monday night after a vote that determined both are in violation of multiple town ordinances. Deb’s Tires and Roger's Tire were each found to be in violation of several ordinances including weed accumulation, garbage disposal and violating no parking zones. Maintaining a nuisance was also listed as one of the violations as several council members said the businesses have been aware of the violations for two years. According to the council, Roger's Tire has been operating out of the same location as Deb's Tires with no business license.

Next on the agenda, the council approved a plan that would increase funding for the Garden City Volunteer Fire Department. A pay-per-call system will be put in place in October at the start of the next fiscal year and will help generate more revenue for the fire department. The plan will pay $10 per fire call, $2 per medical call and $10 per training event. No official ordinance was passed at Monday night’s meeting, but Mayor Tim Eskew said the move is an important part of the upcoming budget to reimburse the fire department for the work they do in the community.

The council discussed options for buying a new tractor for cutting the grass on public property in the community but tabled the topic for further discussion. Most of the council agreed that the issue should be worked into next year’s budget rather than making the purchase for this summer.

Toward the end of the meeting, the council discussed an idea for building a batting cage at Garden City River Park. Specifically, the town is looking at a four lane, fully furnished cage with three lanes set up for baseball and one for softball. No official decision was made, but the council agreed to look into what grants might be available for the project.