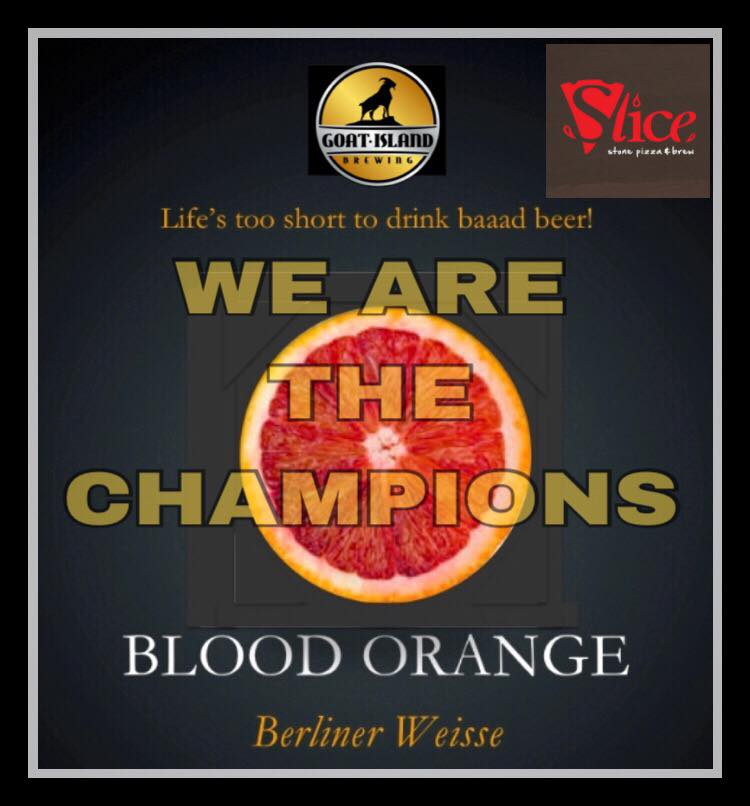 CULLMAN – Goat Island Brewing, Cullman’s hometown craft brewery, just added another accolade to its collection with a win in the annual Alabama Craft Beer March Madness competition at Slice Pizza & Brew, a gourmet pizza restaurant and brewhouse in Birmingham.  The victory was determined by sales: one purchase meant one vote on equally priced beers.

Goat Island put its new Blood Orange Berliner Weisse up against 15 other craft beers from brewers around the state, choosing that brew out of its lineup because of the immense popularity the flavor has found since its introduction about three months ago.  Goat Island CEO Mike Mullaney described Blood Orange as a tart, sweeter summer flavor with an attention-getting orange color.

Mullaney noted that the Birmingham market is a tough one to get into, and the victory will go a long way toward that goal.

“Winning means we will get four of our beers on tap at Slice Pizza for a month.  This is a big break for us in the Birmingham area,” said Mullaney. “We had a hard time getting traction there and having a big line-up of our beers at a well-known craft beer restaurant like Slice Pizza will really introduce us to people who don’t know about us yet!”

The award comes just in time for Goat Island’s second anniversary, which will be celebrated the evening of Saturday, April 7.
For more information on Goat Island Brewing, visit https://www.facebook.com/goatislandbrewing/.