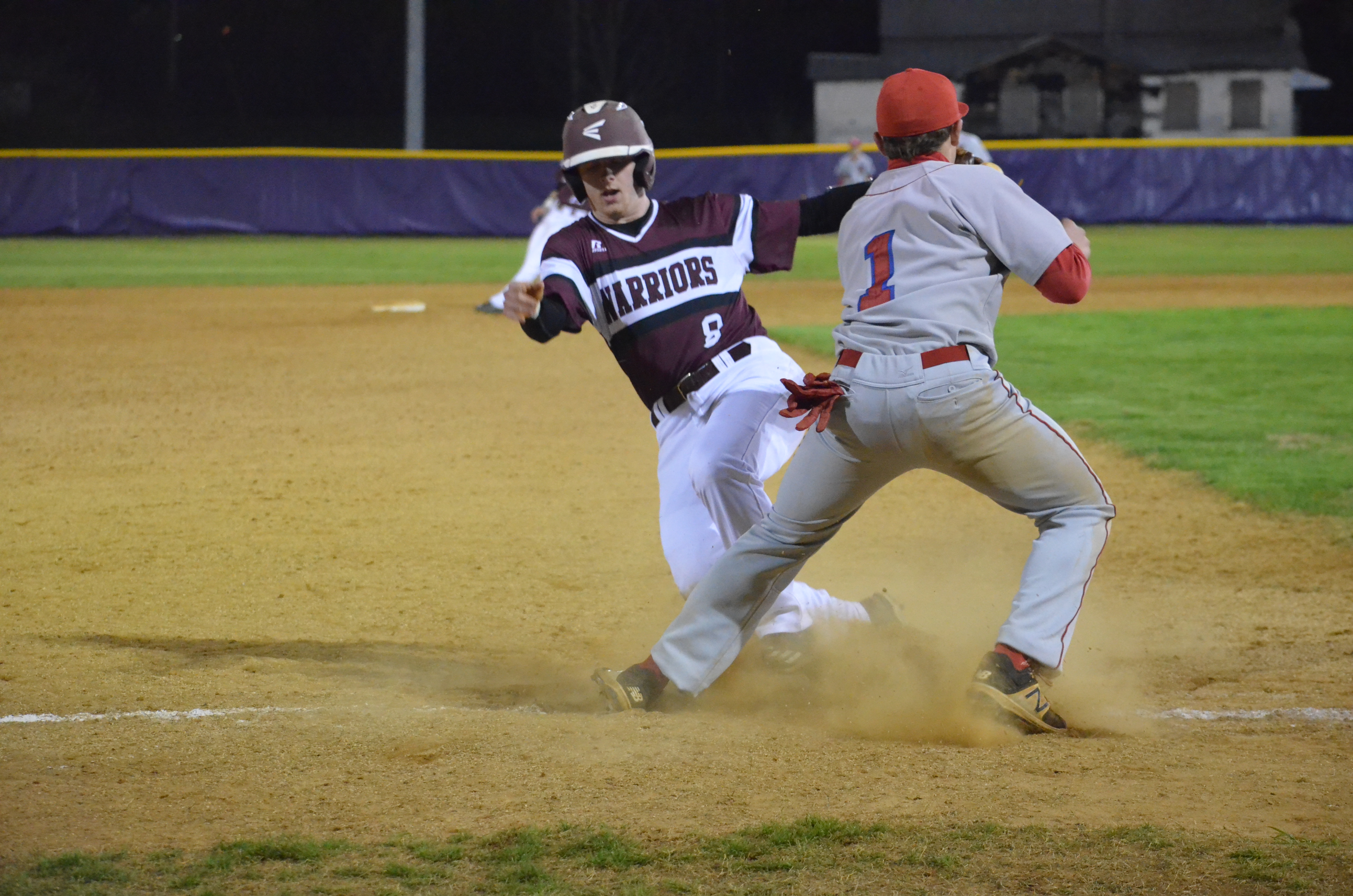 HANCEVILLE – Day one of the 2018 Cullman County Baseball Tournament is in the books and Thursday’s action saw three teams advance with dominant performances.

The host Hanceville Bulldogs opened the tournament Thursday afternoon with an 11-0 rout of the Holly Pond Broncos. Ashton James got the start for Hanceville and did not disappoint. James tossed five shutout innings, allowing just five hits and collecting five strikeouts.

Hanceville got its first runs across in the bottom of the first when James scored on a sacrifice fly from Dalton Rice and just a few pitches later when T.J. Kubia drove in Isaac Homes on a single to right field. The Bulldogs tacked on a couple more runs in the second, but the third inning is when they really started to put the game away.

Holmes got things started with a solo homer out to left field that put Hanceville up 5-0. Later in the inning after a sixth run scored on a hit batter, Mark Dyer widened the gap even more with a two-run single into left to go up 8-0. The next man up, Josh Stanley, followed up Dyer’s hit with a line drive into the gap that scored two more Bulldogs. For the final run of the inning, Holmes made his way back to the plate for a second time and scored Stanley on a single into right field to take a commanding 11-0 lead into the fourth.

Six outs later, the Bulldogs secured a spot for day two of the tournament Friday afternoon.

Head Coach Michael Chandler was pleased for the most part with how his unit performed but still sees some areas where the Bulldogs need to improve.

“I thought Ashton did really well, throwing strikes and giving us a chance to make plays. We put it in play, we did a lot of bad stuff on the bases and there’s some stuff we need to clean up but for the most part we hit it OK,” Chandler said. “There are a lot of little things we can correct with just our hustle and our body language and we’re going to get beat if we don’t correct them.”

The Bulldogs will face the West Point Warriors Friday night at 5 for a spot in the County Championship Game right afterward at 7.

The Good Hope Raiders got off to a slow start against Cold Springs but found their rhythm in the second inning and had the Eagles put away in five innings.

The Eagles jumped out to a quick 3-0 lead over the Raiders after Ayden Alexander crossed the plate on a fielder’s choice, Jake Abbot drove in Roberto Ayala with a single to left, and Abbot came home on an error. Raiders’ junior Preston Bagwell took the mound midway through the first to slow down the Eagles’ offense and came up with two quick outs to end the inning.

Good Hope came up with a run in the bottom of the inning, but the second is where the Raiders were able to blow the game open. After four consecutive walks, the Eagles pulled starter Abbott and sent Ayala to the mound. Ayala hit his first batter to bring in a run and after that Tyler Legg cleared the bases on a line drive into center field that put the Raiders up 5-3. In the next at bat, Matt Hancock doubled into left field to bring in two more. Hancock came around to score on an error later in the inning and Good Hope went into the third with an 8-3 advantage over the Eagles.

The Raiders added two more in the third inning before ending the game with five runs in the fifth. Legg brought in the 15th run on a triple into deep center field to put the finishing touch on a dominant four innings. Legg was the standout in the lineup for Good Hope, finishing 2-for-3 with four RBIs and a walk. Bagwell was another big component to the Raiders’ round-one victory. Bagwell shut down the Eagles’ bats for the final four innings and finished one out shy of a complete game, allowing just three hits and posting six strikeouts.

Good Hope Head Coach Mitchell Witcher was proud of the way his team responded after the rough start.

“We got down early, we didn’t hit our spots and we booted one or two I think, but to get one back in bottom was big for us to get a little confidence. We had some timely hits after that. Tyler Legg and Matt Hancock had some big hits; we were able to get on base and generate some things. They helped us a little with some passed balls or wild pitches, but it was very big for us, confidence-wise, to do that,” Witcher said. “Preston Bagwell came in and pitched a heck of a game. He came in and kind of stopped the bleeding and we expect that out of him, but (Austin) Eakes will come back tomorrow or Saturday and give us a great effort too.”

The Raiders will take on the top-seeded Fairview Aggies Friday afternoon at 3 for a spot in the County Championship Game at 7.

Thursday’s nightcap looked similar to the first two games of the day as the West Point Warriors rolled past the Vinemont Eagles 11-1 to advance to day two. Senior right hander Kolton Easterwood got the start for West Point and was able to keep Vinemont scoreless in the first after James Samples doubled into left field to get the first hit on the board for the Eagles.

The Warriors took over the momentum of the game almost immediately when Hunter Persall put his team up 2-0 on a triple into deep center field in the bottom of the first. Whitt Laney followed Persall to the plate and answered with an RBI double into left that put West Point up 3-0.

The Warriors doubled their production in the second frame, starting with a two-RBI single from Levi Allred to go up 5-0. Matthew McDonald followed that a few pitches later with a double into center field that brought home Allred and stretched the lead to 6-0. After scoring two more runs on an error and a walk, the Warriors squeezed another run out of the inning when Persall stole home plate to go up 9-0.

Persall scored another run in the fourth on a single from Cameron Bates and a run brought in by a hit batter put the Warriors up 10 runs and three outs away from ending it in five. Easterwood finished up his night by striking out the final two batters and punching West Point’s ticket to round two. Easterwood tossed all five innings for the Warriors, giving up one run on four hits and collecting six strikeouts.

Warriors’ Head Coach Seth Ward was happy to see some of their work start to pay off on the field with performances like Thursday night’s.

“I thought we swung it pretty well, we challenged them yesterday at practice. We went down to Homewood the other day and kind of got exposed a little bit and we challenged them. We challenged them in practice to compete no matter what the scoreboard says, we just want them to compete in every situation. Kolton did a great job on the mound and I’m just proud of the way they competed,” Ward said. “We’re not blessed with a ton of arms, so we really counted on him (Kolton) going the distance today and he came out and competed really well. He missed a few pitches here and there, but I thought he pitched really well, competed really well, and kept his composure. Those guys (Vinemont) swing it really well. I was impressed with the way they swung it and they’re very competitive.”

The Warriors will be back in action against the Hanceville Bulldogs Friday night at 5 for a chance to play in the County Championship Game at 7.