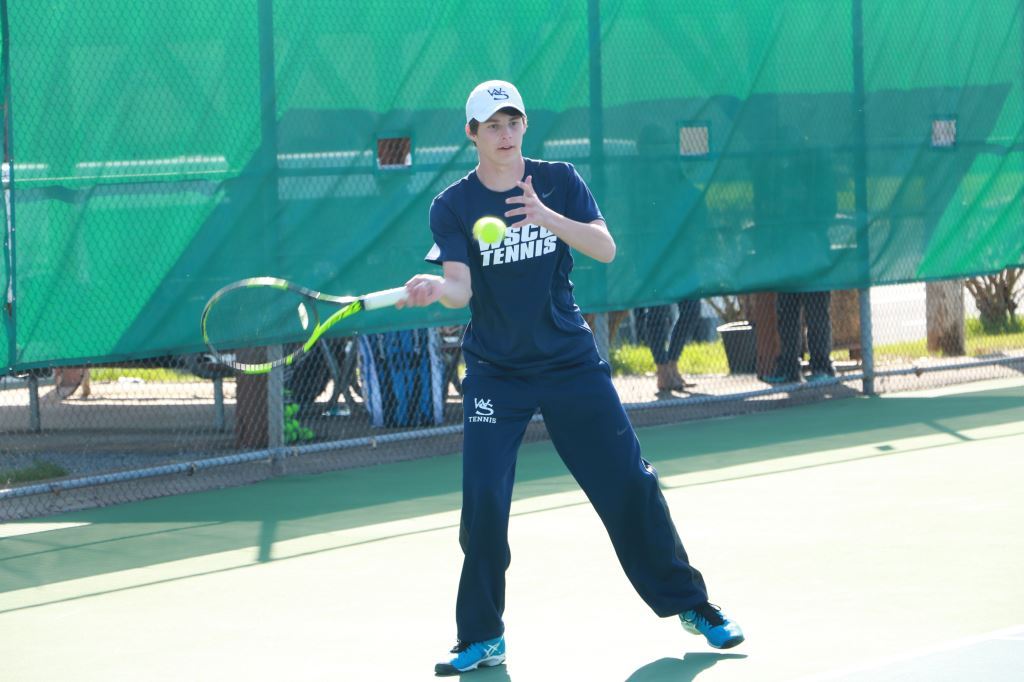 Wallace State sophomore Check Freeman sets up for a return in the Lions’ match vs. Marion Military Institute on Tuesday.

The Lions are in Wadley for a doubleheader against Southern Union, and the series continues Saturday at 2 p.m. at James C. Bailey Stadium.

Wallace State enters ACCC play with a solid 14-3 record. The Lions have won six of their last eight games despite struggling to get on the field at times because of inclement weather.

“You practice all fall and play non-conference games to get you sharp for the conference season. I think our guys are ready for the grind. We have to roll up our sleeves and go to work,” said Wallace State coach Randy Putman, who has led the program to the postseason 26 times.

Wallace State’s pitching staff has set the tone all season, working to a collective 2.73 ERA. Starters Blake Rivera, Tanner Rusk and Garrett Brown have been consistent, and Heath Olive has notched four saves out of the bullpen.

“If we continue to pitch well, I like our chances. Our pitchers have accepted their roles and that’s important. We need a few more guys to step up out of the bullpen because you can never have enough quality pitchers during the conference season,” Putman said.

Easton Kirk has been among the offensive leaders for Wallace State, blasting six homers. Sophomore Kolby Robinson is hitting .348.

The women continue conference play at Snead State on Friday.

Pressnell, Bizilia and Luke Chigwidden won in singles action for Wallace State, the defending ACCC champion. In doubles, Pressnell and Camp won as did the duo of Bizilia and Check Freeman.

Freshman Anthony Lumpkin had the best finish for the Lions, carding a 5-over par 149 (71-78) for eighth overall.

Sophomore Luke Wilson and freshman Cody Maddox finished tied for 11th for Wallace State as each carded an 8-over 152. Thomas Gevas was nine-over par (153) for the Lions and Conner Bruce was 12-over par (156).

Central Alabama won the tournament with a 9-over par 582.