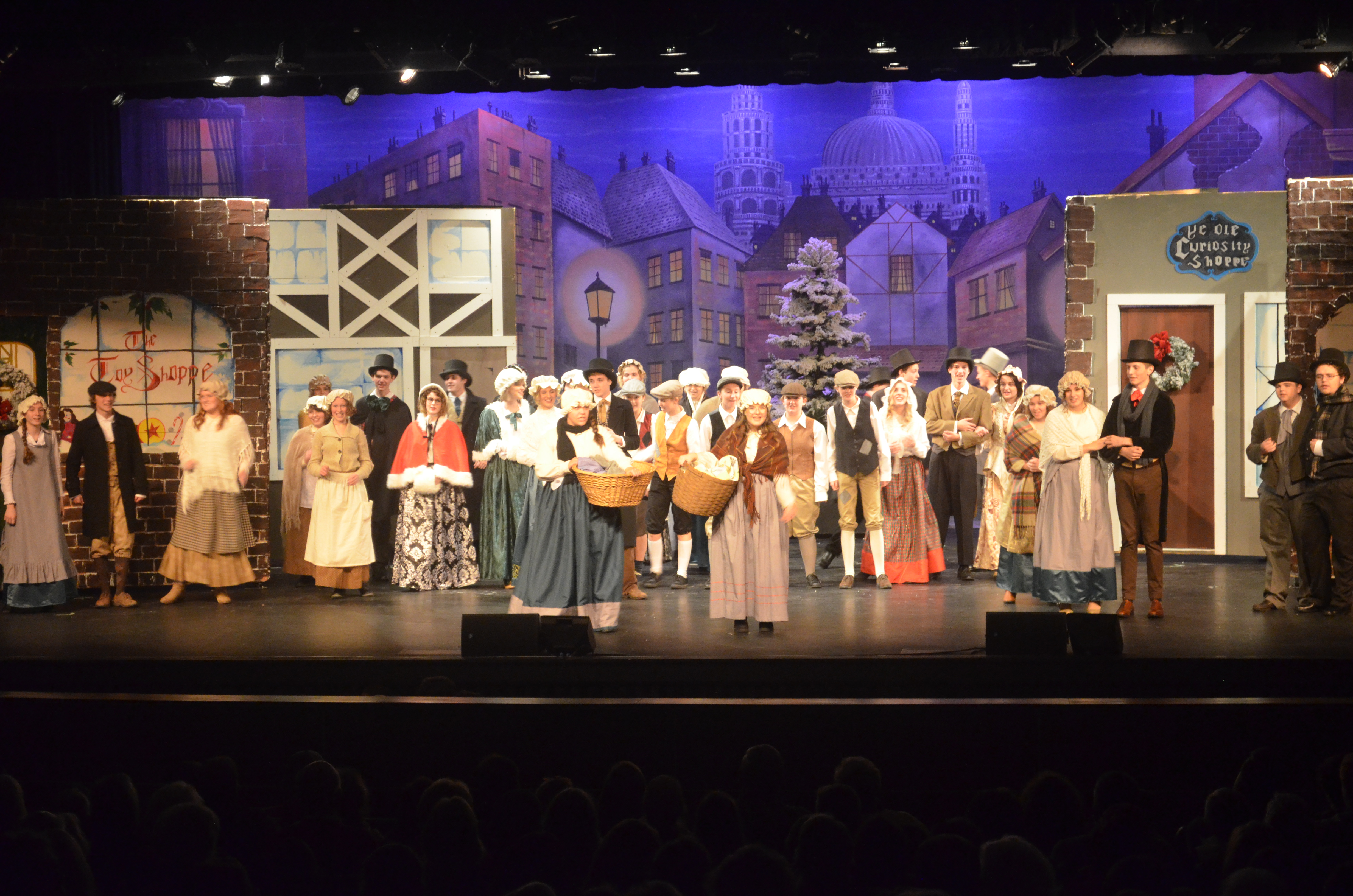 CULLMAN – Cullman High School Performing Arts put on its award-winning rendition of “Scrooge: The Musical” Saturday night, and the auditorium was full of anxious friends and family who were excited to see the show. Friday night’s performance was canceled due to the weather conditions ending the school day early, but the whole crew was back for Saturday and put on a great show full of dancing, music, comedy and great performances from the CHS students.

This was CHS Theatre’s first public performance on campus since winning the highest honor at this year’s state Walter Trumbauer Festival; the group took home the Best in Show title for its performance of “Scrooge: The Musical.” The version performed Saturday night was slightly longer than the version performed at the competition, featuring an additional couple of songs.

Between the chorus, cast, stage crew, house crew, makeup, faculty and parent helpers, more than 100 people worked to make the event a success. The first showing is in the books, but the public is invited to come out and see the final performance on Monday, Dec.12 at 7 p.m.

Tickets are $10 for adults and $5 for students and will be available at the door.