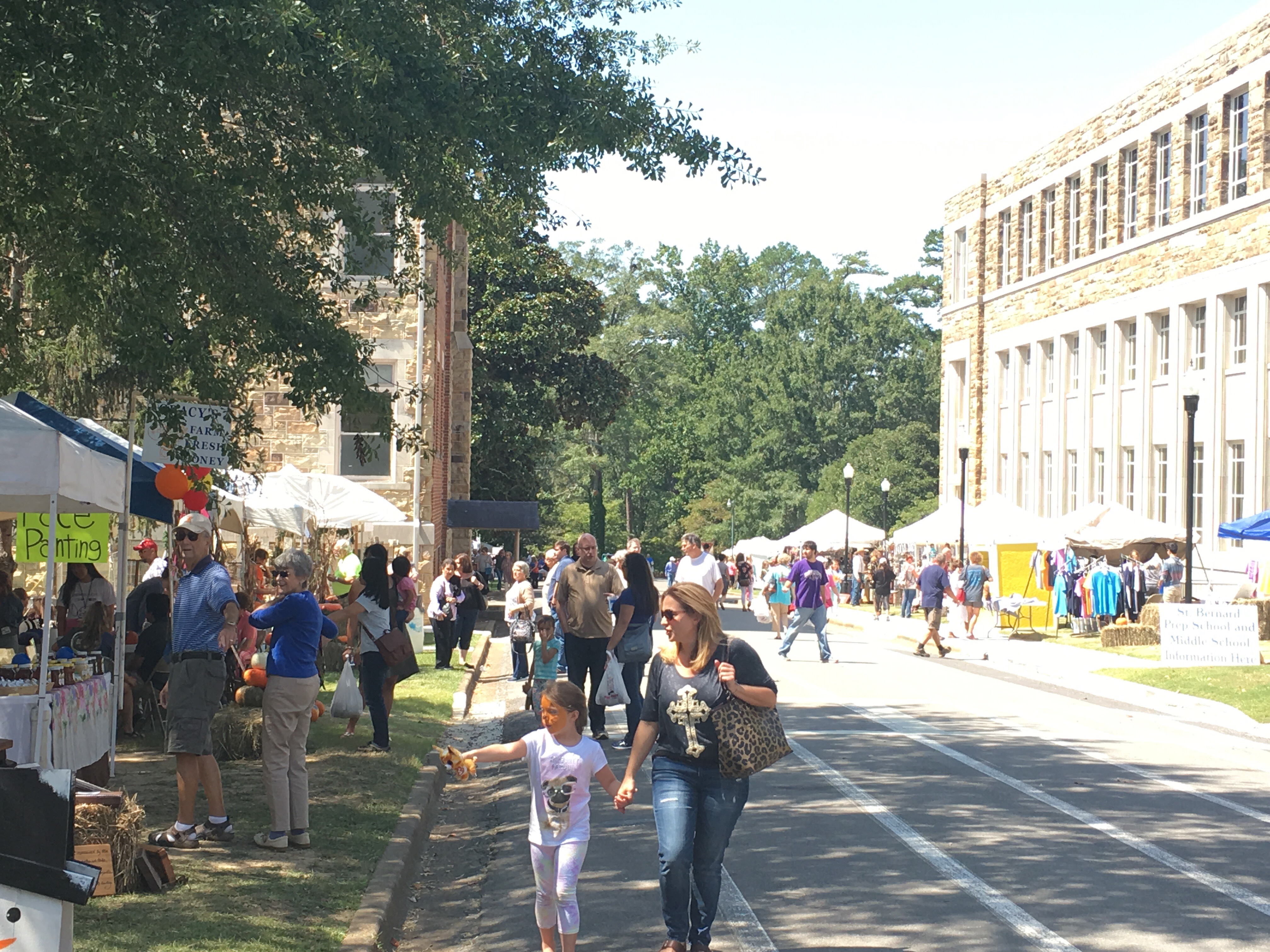 CULLMAN – Hundreds of people made their way to St. Bernard Abbey and Prep School this weekend to enjoy the first of what St. Bernard hopes will be the annual Bernard Blues and BBQ Festival. The campus was packed with vendors, food carts, arts and crafts tents and much, much more for patrons to enjoy.

“We have received numerous requests for the school to host a fall festival, so we felt it appropriate to wrap up the 125th Anniversary celebration at Saint Bernard with the Bernard Blues and BBQ Festival,” Martin said.

Festival Director Joyce Nix, who has directed 33 festivals at the school, says many artisans registered to participate in the busy weekend. “Whether one is shopping for seasonal decorations such as Halloween, Thanksgiving or Christmas, something unique will certainly be available at Bernard Blues and BBQ,” she said.

Hundreds of people enjoyed the food available at the festival as well. There were dozens of vendors providing funnel cakes, kettle corn, waffles, hot dogs and hamburgers but there was clearly a favorite dish throughout the weekend. There was a line stretching out of the packed barbecue tent in the middle of campus, with never less than a few dozen people filling the seats underneath it enjoying a plate of barbecue and trimmings.

There was a “Kids’ Zone” sectioned off on campus with inflatable slides, bounce castles, arts and crafts tables, giant Jenga, face painting, cornhole and more. There was also a train making trips around the festivals for kids and their families to enjoy.

The first Bernard Blues and BBQ Festival lived up to the hype and looked like it will become a new fixture in our growing list of local celebrations.