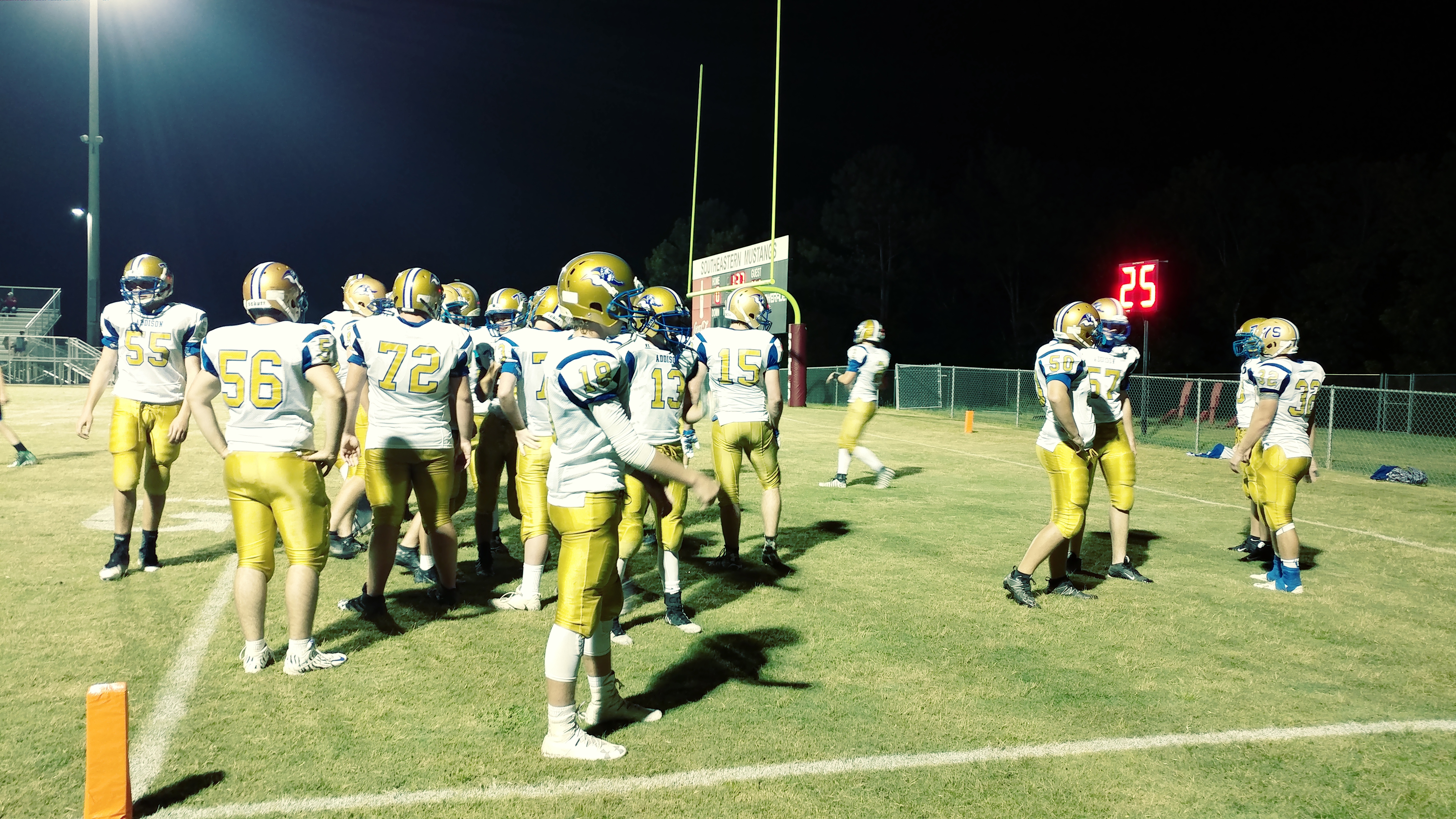 REMLAP – It was all Addison from start to finish Friday night as they dismantled the Southeastern Mustangs by a final of 62-0.

The Bulldogs got on the board twice in the first quarter.

The first was a 2-yard touchdown run by Caleb Crider with 5:54 left in the frame.

Four minutes later, Addison scored again, this time on a 5-yard rush by Tyler Borden to give the Bulldogs a 14-0 lead after one, but the scoring was far from over.

At the 7:32 mark of the second quarter, Ben Robinson blasted around right end for a 41-yard touchdown carry.  Logan Wilkins added the 2-point conversion.

Less than four minutes later quarterback Zayne Guthrie called his own number and took it in himself from 17 yards out. The PAT was good, making the score 29 – 0, Addison.

Following a quick three-and-out, Southeastern was forced to punt the ball to the Bulldogs. Borden got the ball on his own 39 and did the rest, taking it up the right sideline for 61 yards and the score. After the missed PAT, Addison led 35-0 with 1:17 left in the half.

Another three-and-out gave the ball back to Addison, giving them just enough time to score again as Robinson rushed for 15 yards and the touchdown with 25 seconds left to go in the half. The PAT was no good, giving the Bulldogs a 41-0 cushion going to the locker room at halftime.

Addison received the ball in the second half and went straight to work marching the ball down the field. The drive was capped by 15-yard quarterback run by Guthrie.

Southeastern had their best driving of the night when they started from their own 40 and got all the way down to the Addison 15 where they attempted a field goal; it went wide left giving the ball back to the Bulldogs on the 20.

After using up the rest of the clock in the third, Addison found themselves facing second down at the Mustangs’ 48. They wasted no time scoring as Dayson Parker took the ball into the end zone from 48 yards out to make the score 54-0.

After going nowhere in three plays and a bad snap on a punt attempt, Addison took over on the Mustangs’ 11. They scored one final time as sophomore Ethan Baker made a 1-yard plunge for the TD. A PAT attempt resulted in a 2-point conversion to put the Bulldogs on top 62-0 with 2:41 left to play in the game.

Addison improved to 3-0 on the season and will take on Sumiton Christian next week.