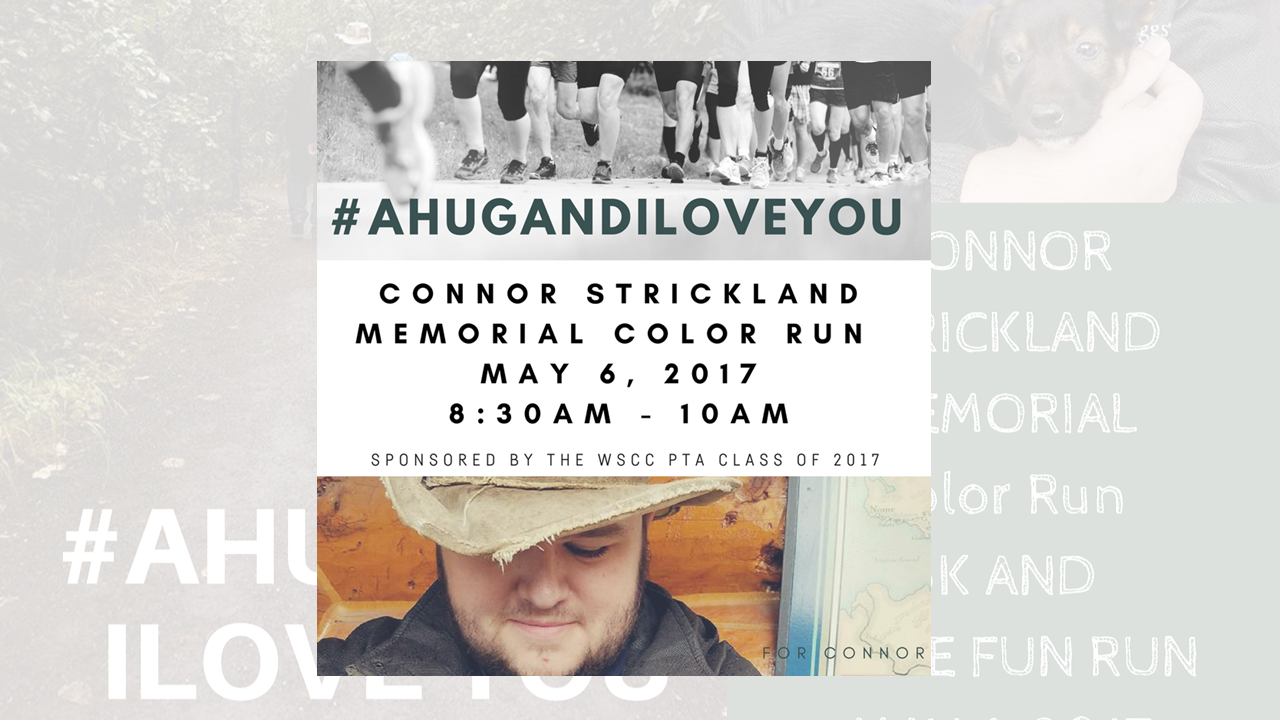 HANCEVILLE – Jill Strickland says her son Connor would find it amusing that a 5K and 1-mile fun run is being held in his memory. Connor loved the outdoors and guns, but running wasn’t one of his passions.

But on May 6, running – or walking for those who aren’t too passionate about that particular form of exercise, either – will hopefully be what a lot people will be doing in Connor’s memory and as a way to fund a scholarship fund established in his name.

Connor passed away on Oct. 9, 2016, just a few days before of his 22nd birthday. He was coming home to Cullman to celebrate his birthday. He was traveling from Huntsville where he was a junior at UAH studying to be a mechanical engineer when he was involved in a wreck on the Tennessee River bridge.

His mother works at Wallace State as a success coach. Before that she was instructor in the college’s Physical Therapy Assistant (PTA) program, and still teaches as an adjunct. When news of Connor’s death spread around campus, her students in the PTA program immediately thought about doing something in Connor’s memory.

“Literally, that day or the next day we were in class someone brought it up and we said why don’t we do something for him because Jill’s been a big part of our lives,” said Riley Huey, one of the PTA students organizing the event.

Fellow PTA student and event organizer Jamie Flynn said they wanted to do the run around Thanksgiving and then Christmas, but the plans didn’t come together as quickly as that and it was finally decided to do it in May.

Huey said they chose to add the color element to the run to make it more fun and hopefully attract more participants.

“I said I want to do something that will draw people to it, not just because it’s a run,” she said. “I’ve never done a 5K, but I want to do a color run.”

Volunteers from the PTA program will be set up at different stations on the route around campus to toss colored powder in the air as the runners pass by.

Along with the run, there will be a bake sale, and chair massages will be offered by students in the Therapeutic Massage program. A balloon release will also be held that day. The balloons will be green, because that was Connor’s favorite color.

Participants will receive a white shirt to wear during the event. Separate green T-shirts will be offered for sale as an additional way to donate to the cause.

Sponsorships are also available, with an April 24 deadline to secure a space on the event T-shirt. All proceeds will go to the John Connor Strickland Memorial Scholarship Fund established at Wallace State shortly after the accident.

Each T-shirt will include the hashtag #AHugAndILoveYou, which came about after his death.

“When family and friends started gathering, afterwards…that was just one common element that kept coming up as everybody was talking about him, was that he never ever left, whether it was family or friends, even if it was his guy friends, he always gave them a hug and said I love you,” Strickland said. “And that just kind of came up and my sister started doing that hashtag with it, and now that’s what we use all the time. We even have it on his tombstone.”

The students have a goal of making $1,200 to $1,500 for the scholarship fund. The John Connor Strickland Memorial Scholarship Fund has been set up as an endowed scholarship, which needs to reach $25,000 to become active and to begin issuing scholarships. They are more than a third of the way to that goal.

Strickland said she and her husband John discussed the possibility of setting up the fund to help specific students in the PTA program or engineering, since that was Connor’s major. “But then, I think in my role as a success coach I meet so many students who struggle, that I just want it to go to somebody who needs it most,” she said.