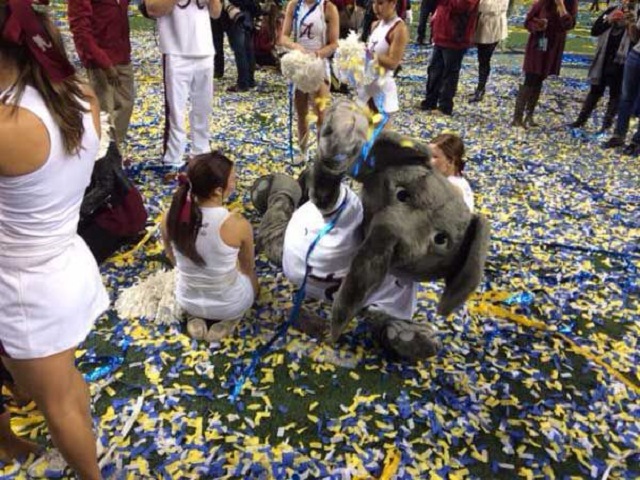 Shared via our media partnership with WBRC FOX6 News

ATLANTA, GA. (WSFA) – The No. 1 Alabama Crimson Tide remained undefeated on Saturday by defeating the No. 15 Florida Gators 54-16 in the SEC Championship Game in Atlanta.

The win marked Alabama's third straight victory in the SEC Championship Game, dating back to 2014.

The Alabama offense got off to an extremely slow start, finishing the first quarter of the game with -7 yards of total offense, zero first downs and a time of possession of just 2:40.

The defensive and special teams units were there to pick up the slack, however, as defensive back Minkah Fitzpatrick returned an interception for a touchdown and then Alabama blocked a Florida punt that was also returned for a touchdown.

Despite having -7 yards of total offense at the end of the first quarter, Alabama led 16-9.

From there, though, it was all Alabama.

The Crimson Tide scored 17 points in the second quarter to take a 33-16 lead into the locker room. Alabama's 33 points are the most points scored by a team in the first half of the SEC Championship Game.

In the second half, it was once again all Alabama as the Crimson Tide outscored the Gators 21-0.

The most impressive part of the third quarter for the Alabama Crimson Tide was a goal-line stand by the defense, which then led to a 98-yard drive by the offense for a touchdown.

Alabama's 54 points are the most points the team has scored all season.

Alabama quarterback Jalen Hurts finished the game with 11 completions on 20 attempts for 138 yards and a touchdown.

Ridley finished the game with 43 yards on four receptions, Stewart with 42 yards on three receptions and Howard with 41 yards on two receptions.

Bo Scarbrough led the rushing attack with a couple of big runs. The 228 pound running back racked up 91 yards and two touchdowns on 11 carries. Damian Harris also had a great game, rushing for 86 yards on eight carries.