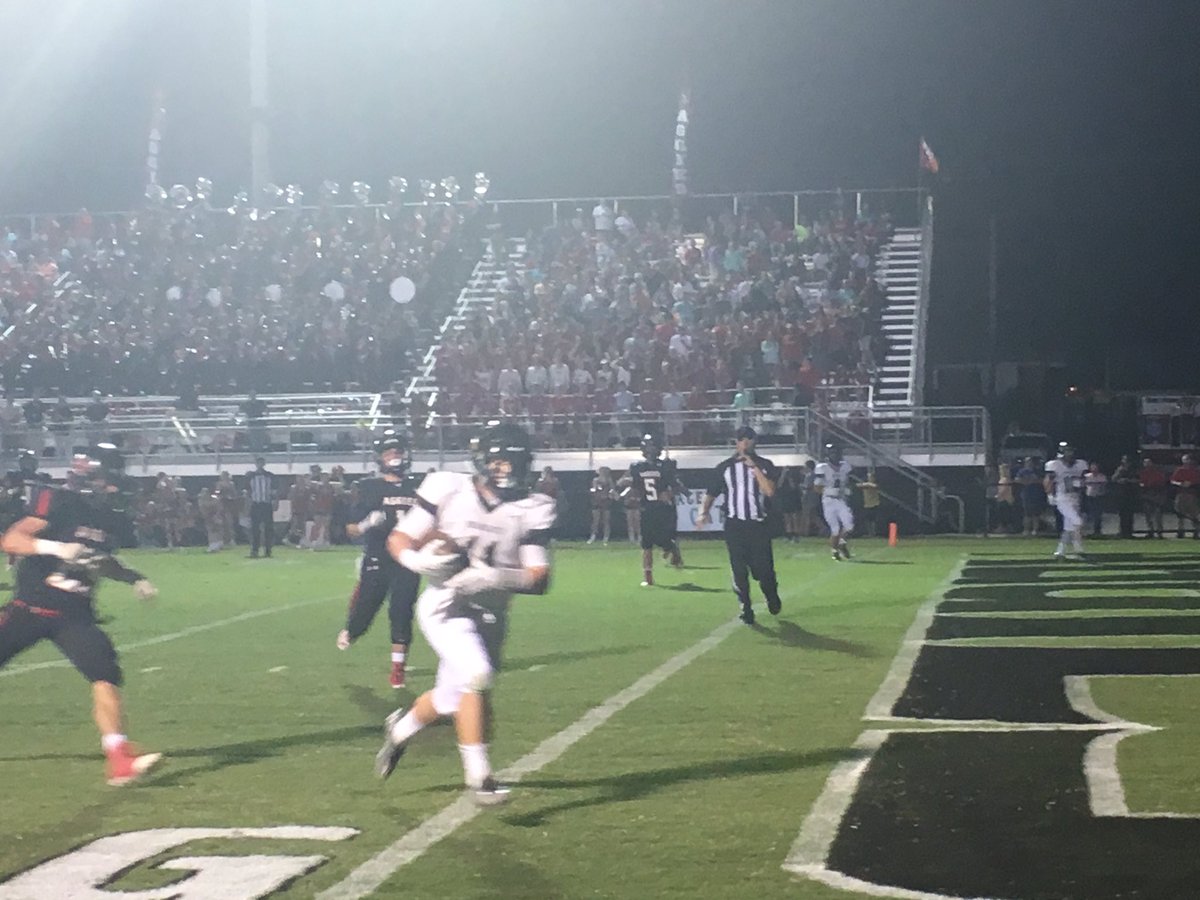 ALBERTVILLE – The Class 6A Region 7 clash between Albertville and Cullman had its moments of flair but yellow flags and penalties punished the Bearcats as they dropped a big road game 44-21.

Albertville jumped out to a quick 17-0 lead over the Bearcats following three turnovers in the first quarter. Despite starting with good field position Cullman could not get the ball moving as the offense was stifled in the first quarter at Aggie Stadium.

Cullman’s Ezra Burks finally got going late in the quarter and helped the Bearcats bust open the defensive line of the Aggies and continued the trend into the second quarter. Following a fourth-down carry for two yards by Cullman’s Garrett Cornelius to breathe life back into the Bearcats, Owen Lovell hit Ross Crocker for a deep 19-yard pass to put the Cats on the board, 7-17.

Albertville did not roll over after the quick score and kept pressing, getting back into Bearcat territory before being shut down. Lovell and the ‘Cats hit the field, slowly grinding down the field, but penalties and delays cost Cullman the possession. Albertville quickly capitalized and took it in for another score, leaving the Bearcats in a 23-7 hole at the half.

The ‘Cats came out quickly in the second half as Cullman’s defense forced three consecutive three and outs for the Aggies.

On the first possession of the second half, the Bearcats had to continue to fight penalties but the ‘Cats got it done as Lovell passed to Caden Winn for a 9-yard touchdown with 8:10 left in the quarter. The Bearcats pulled a bit of trickery as Crocker passed to Jennings for a 2-point pass completion, bringing Cullman to 23-15.

Albertville came back on the field and put up a quick 45-yard run by the Aggies’ Ramirez to put the ball back in Bearcat territory. The run set up a 38-yard touchdown pass to push the lead to 30-15. Three plays, 80 yards, and all in less than 60 seconds.

Cullman wouldn’t be easily put aside as the team continued to fight both the Aggies and penalties, but in spite of their strong effort and fight, Cullman found themselves on the losing end of the Class 6A Region 7 game, 44-21.

Albertville won its third consecutive game this season by more than 20 points after taking down the Bearcats.