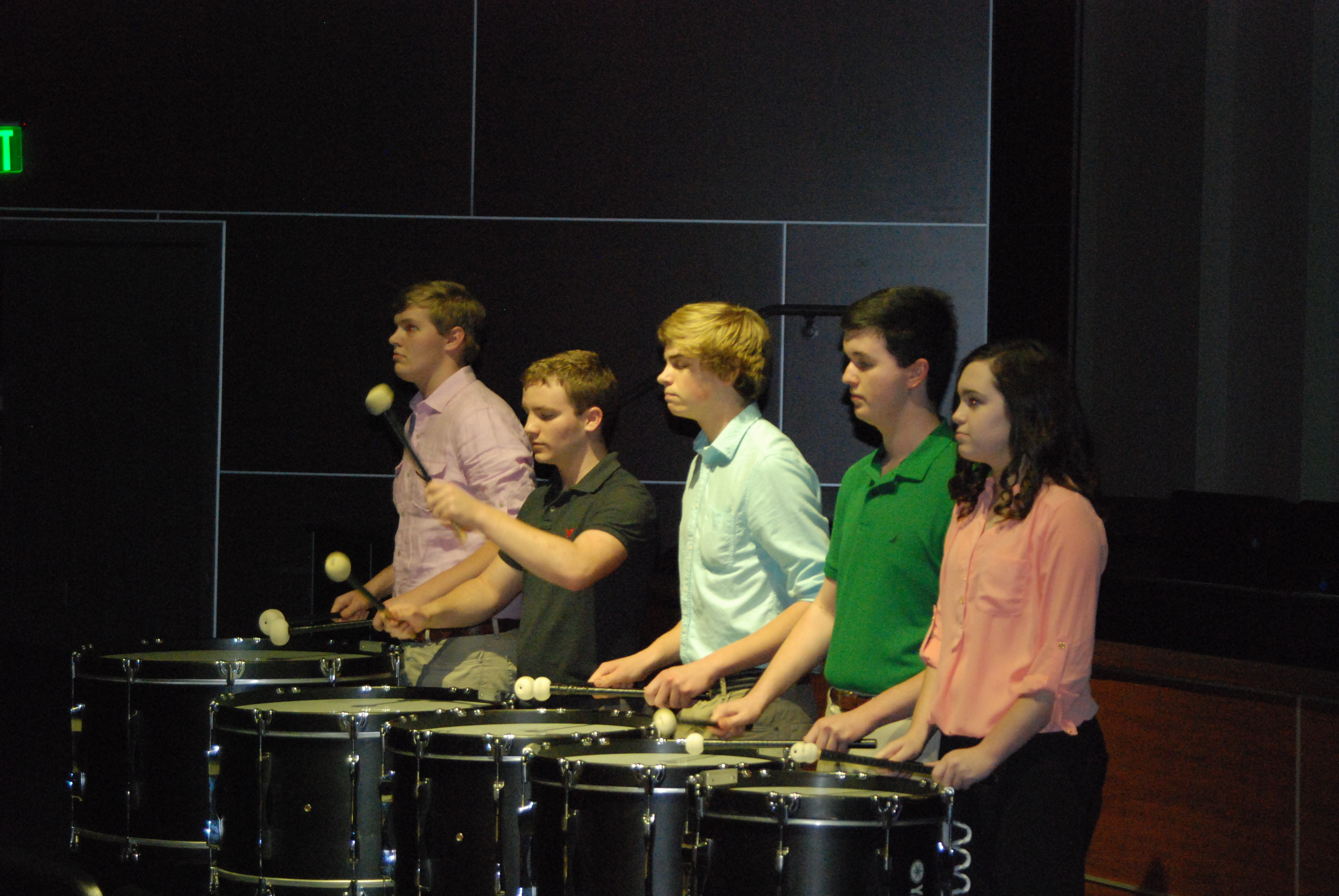 It feels awesome to be able to help the band that I love. These kids are awesome, they’re not like us back in the ‘80s; they are actually polite and not as rebellious as we were!”
Mike Hays, owner of Mad Dog Mike’s Famous Bar B Que

CULLMAN – On Thursday, April 7, the Cullman High School Bearcat Band’s drumline held its annual fundraiser in the high school’s lunchroom. Before the concert, students, parents and band alumni from all over the community were served a delicious meal catered by Mad Dog Mike’s Famous Bar B Que. All money raised will benefit the band’s percussion ensemble.

“This is the Cullman High School spring percussion concert that is preceded by our barbeque dinner fundraiser,” said Doug Teuscher, percussion instructor at CHS. “Our students pre-sell tickets for barbeque plates catered by Mad Dog Mike's Bar B Que in Berlin. All of the proceeds help pay for band supplies and instrument repairs.

“The Cullman High School percussion ensemble consists of 20 9th-12th graders who practice percussion-only pieces of music,” he continued. “These students are either in the drumline in the fall or in the front ensemble on the sideline playing mallet instruments. After Christmas, everyone plays in the same group together.”

Mike Hays, owner of Mad Dog Mike’s, is a Cullman High School alumnus. When asked his thoughts about catering the event, he didn’t hesitate to tell.

“It feels awesome to be able to help the band that I love,” he grinned. “These kids are awesome, they’re not like us back in the ‘80s; they are actually polite and not as rebellious as we were,” he chuckled.

The night’s concert was exciting and the audience was mesmerized by the rhythms and the music. Each piece ended with a roaring round of applause.

“We are having a great time tonight,” said Mary Hovater, band booster president. “We’ve sold over 300 barbeque plates so far. This is the only fundraiser of the year for this group. The money from tonight needs to go to the drumline because drums get beat up all the time, right? We need to replace drum heads, sticks and mallets, things like that. Those things need to be replaced every year.

“We really appreciate Mike,” she continued. “He has really been helping us out in the concession stand. He has been donating barbeque, so if you come to the football games, we have barbeque nachos, barbeque fries and barbeque sandwiches. He’s been donating the meat for all that stuff free-of-charge which makes it is 100 percent profit for us! It is fantastic!”

The evening was filled with great food, awesome door prizes and outstanding music. For more information about the Cullman Bearcat Band, visit their website at http://www.cullmanband.com/.