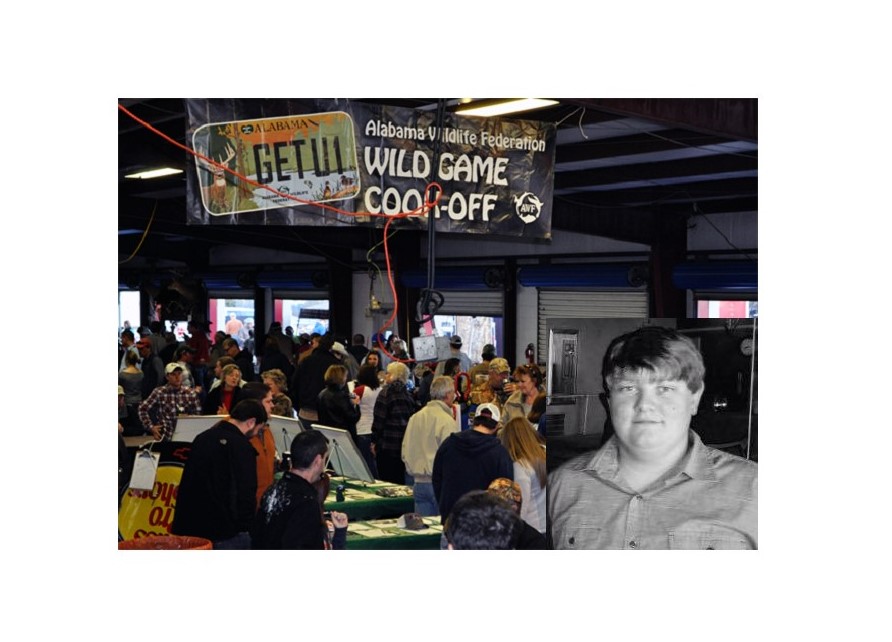 TALLADEGA – Talladega Superspeedway is known for its rich auto racing history with tales of the Allison family and the Alabama Gang, discussions of the pros and cons of restrictor plate racing and Dale Jr’s dominance on the fastest track in NASCAR.

Tomorrow, Bethany Beasley, of Cullman, and her “Sweet B’s” crew will race to the finish in the 11th Annual Alabama Wildlife Federation (AWF) Wild Game Cook-Off at the superspeedway along with almost 50 other competitors.

In her second year competing at the Talladega cook-off, Beasley will be entering the potluck division of the game category where she will incorporate deer meat in her recipe. She enjoys the wild game competition, noting, “It’s fun because it’s different from the other cook-offs since there’s different ingredients than expected. There’s stuff there that you might not ever even think to try and it’s good!”

The cook-off begins at 4 p.m. on Saturday in the Sprint Cup garage area and will feature three categories: Fish, Fowl and Game.

Awards will be given for first, second and third place in each division. The “Best Overall Winner” will be eligible to compete this summer for the title of “AWF 2016 Wild Game Cook-Off State Champion” at the state finals in Millbrook, Alabama.

In addition to the delectable wild game samplings, the family event will also include live music, artwork and live and silent auctions with racing memorabilia and Alabama and Auburn collectibles up for grabs.

Tickets are available onsite for $40 per person or $50 per couple. Children under the age of 15 are admitted for free.

Pre-sell tickets are available by calling the Alabama Wildlife Federation at 1-800-822-WILD (9453) or online at www.alabamawildlife.org.

The panel of judges for the cook-off includes many well-known names and faces in Alabama television, radio and print media:

“This is a great event for fans and food lovers alike to come out and enjoy Talladega Superspeedway,” said Track Chairman Grant Lynch. “We are extremely proud to have so many of our local media friends, who are known throughout our community, to judge the AWF Cook-Off, which provides a little something for everyone.”

The event is sponsored by the Alabama Wildlife Federation, a non-profit agency whose mission is “to promote conservation and wise use of Alabama’s wildlife and related natural resources as a basis for economic and social prosperity.” More information is available at http://www.alabamawildlife.org/ or 1-800-822-WILD.

For more information on the cook-off, see http://qrne.ws/game.