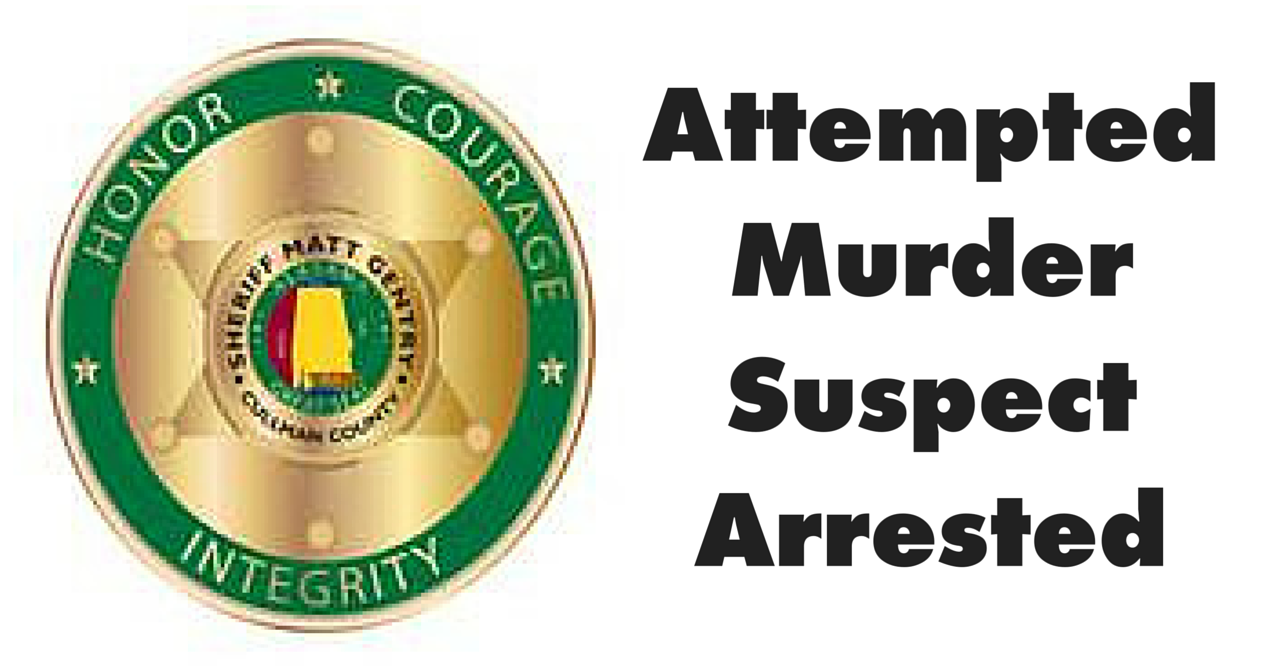 Deputies responded to a domestic violence call at Walker’s residence on County Road 645 in the Walter Community Saturday around noon. Deputies noticed Walker walking towards them and then without warning he brandished a rifle and fired two shots. Deputies took cover behind their patrol vehicle and called for backup as the suspect retreated into his home. Deputies discovered the suspect’s shots hit the patrol vehicle’s windshield.

“This incident shows why domestic incidents can be dangerous, our deputies don’t know what kind of situation they are walking into” said Cullman County Sheriff Matt Gentry. “I want to commend the job that the deputies did to protect the family members and the job the other agencies did in assisting us with everything today,” added Gentry.

Walker is currently being held in the Cullman County Detention Center. Bond is set at $100,000 cash.

No mug shot is available due to Walker's agitated state.