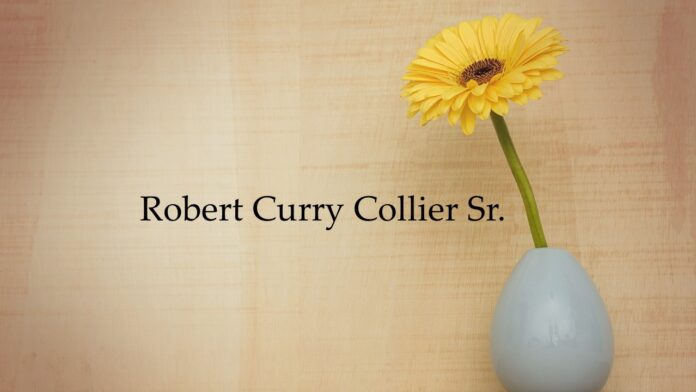 Mr. Collier served his country honorably in both the United States Air Force as well as the United States Army. Robert worked in the civil service, and he drove a truck. Robert was a people person. He never met a stranger. Mr. Collier was a devoted husband to his late wife, Betty, and was a loving father and grandfather. Robert’s life was one of dedication and honor and he will be missed greatly, not only by his family, but by the many people he touched in his eighty-eight years.

Funeral services for Mr. Collier are 2 p.m., Thursday, Sept. 29, 2022, in the Holly Pond Funeral Home Chapel, Jeremy Cothren officiating. Robert will lie in state an hour prior to service time. Burial will follow in Oak Level Cemetery where Mr. Collier will receive military honors before being laid to rest alongside his wife. Friends are invited to visit with the Collier family on Wednesday evening, Sept. 28, in the funeral home chapel, from 6 until 8 p.m.