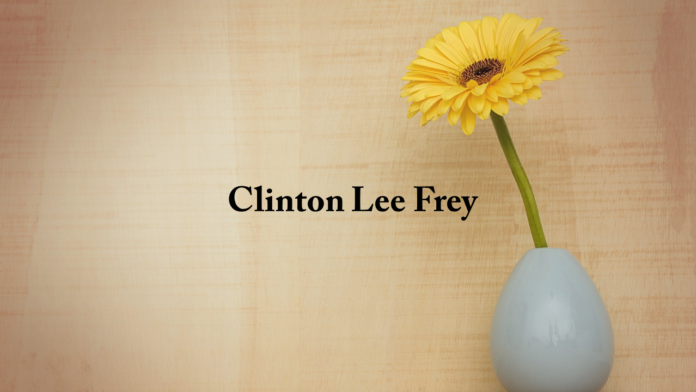 Clint, affectionately known to his friends and family as “Tink,” was born Sept. 21, 1946 in Birmingham, AL.

He received a B.S. degree in physics and math from Samford University. Clint proudly served his country as a helicopter mechanic in the National Guard. He was married to Marion Knapp in 1973 and is preceded in death by their son, Fredrick Clinton Frey.

In addition to being a life member of the Million Dollar Round Table, he was also the Cullman Chamber’s 1999 Small Business Person of the Year; 2015 Cullman Regional Medical Center (CRMC) Humanitarian Award Recipient; served on the CRMC Board of Trustees as well as two years as president of the CRMC Foundation Board and led several fundraising campaigns for hospital renovations.

In addition to his many other achievements, Clint volunteered his time as the Planning and Zoning Commissioner in Good Hope, AL and enjoyed working with young people as a board member of Leadership Cullman.

Clint was an accomplished tennis player, skier, long-distance motorcycle enthusiast and 10K runner. He had a passion for his church, fishing, reading, working on his farm, and “tinkering” with anything mechanical. He was known for his incredible knowledge, quick wit, loving nature, and compassionate spirit…. he was truly a “man for all seasons,” a renaissance man.

A memorial service will be held Saturday, Aug. 8 at Christ Covenant Presbyterian Church, 1310 St Joseph Dr., Cullman, AL 35055. Doors will open for fellowship at 3:30 with the service to follow promptly at 4 p.m.

In lieu of flowers, the family has asked that donations to be made to their beloved church, Christ Covenant. Donations can be made by going to the website www.christcovenantcullman.org and clicking on “give.”

Moss Service Funeral Home assisting the family. Condolences and special memories may be shared with the family at www.mossservicefh.com.

ADPH responds to AHSAA’s remarks on spectators at athletic events

ADPH responds to AHSAA’s remarks on spectators at athletic events