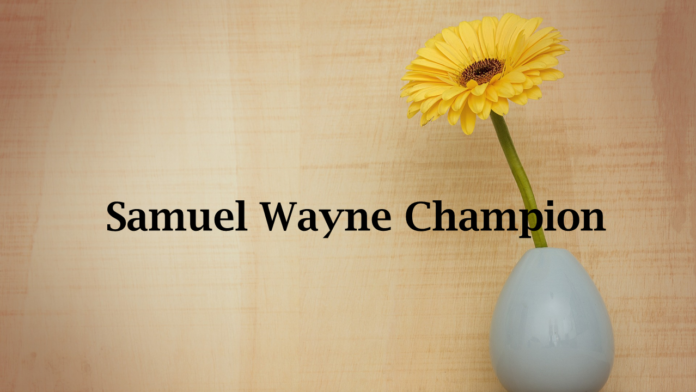 Samuel Wayne Champion, 74, of Double Springs entered into rest Saturday, Nov. 9, 2019 at his home surrounded by his loving family.

He was a member of Union Grove Church in the Black Pond community. Samuel proudly served his country in the United States Army during the Vietnam War and retired after 20 years of service. He enjoyed being with people and especially loved telling others about God.

The family will have a memorial service Thursday, Nov. 14, 2019 at 10 a.m. at Union Grove Church in the Black Pond community. Brother Mickey Millican will officiate.

He was preceded in death by his parents Sam and Mildred Black Champion; and sister Mary Jones.