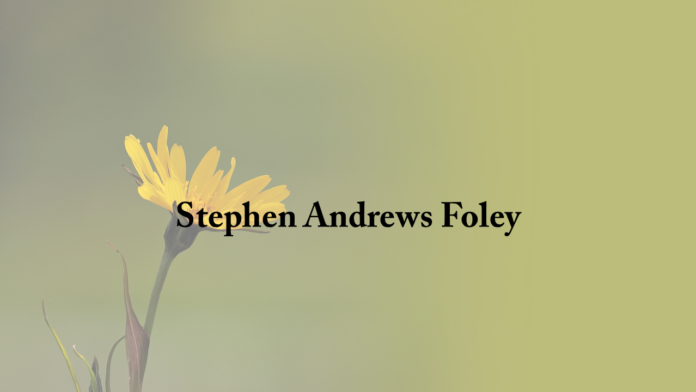 Steve Foley, 63, of Cullman, formerly of Selma, left his earthly life and entered his eternal home with his Lord and Savior Sunday, May 19 at Cullman Regional Medical Center after a lengthy illness.

He was preceded in death by his parents, Riley and Martha Foley of Selma.

He is survived by his wife, Tay Cross Foley of Cullman; son, Joshua Foley and grandson, Skylor Foley of Bay Minette; son, PFC Eric Foley, his wife, Elyssa and their son, Jude of Joint Base Lewis McChord, Tacoma, WA.; stepson, Skylar Watts of Cullman; brothers, Lee Foley (Becka) of Tuscaloosa and Jimmy Foley (Tonya) of Magnolia Springs, and a host of nieces, nephews, grand-nieces and grand-nephews.

Steve was a 1975 graduate of Southside High School and was employed by International Paper Riverdale Mill for 30 years until his illness forced his retirement.

No formal services will be held.