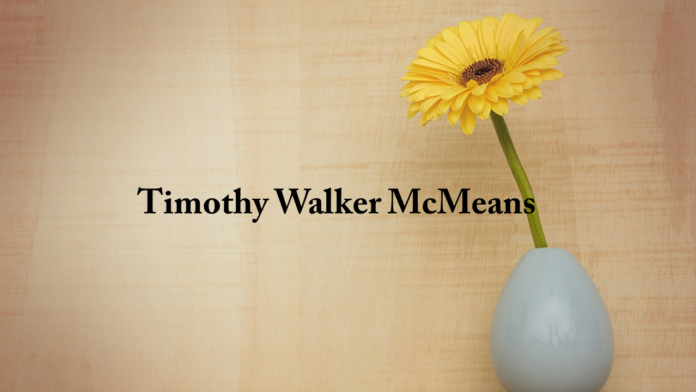 He was a loving son, brother, father and grandfather.

He was preceded in death by his son Shane McMeans.

He is survived by his daughter Lisa D’Antonio of Madison, AL (Jay Gibson); daughter-in-law Didi McMeans of Birmingham; and three grandchildren he adored: Cooper McMeans, Jarrett McMeans and Mary Grace D’Antonio; brother Chuck McMeans of Cullman; sister Susan McPhillips (Warren) of Atlanta, GA; and brother John McMeans (Melinda) of Nashville, TN. He is also survived by many nieces and nephews whom he dearly loved.

The family would like to express its thanks to the First Presbyterian Church and all its members for their kindness and support of Tim through the years.